Wiesenthal Centre to UNICEF: âReplace Your Middle East Ambassador - the Region Needs a Voice for Peace and Reconciliation.â

The letter continued, “Our Centre is amazed that Helmy’s prior service to UNICEF is considered as ‘promoting child rights and awareness on early childhood development issues in MENA,’ while ignoring the children of Israel, victims of Palestinian terror and years of Gazan rockets on homes and schools on the Gaza border.”

Samuels argued that “This is perhaps explained in Helmy’s image of Palestine on his Facebook, Twitter and Instagram accounts, removing Israel’s existence from the map, thus deleting all Israeli children from his concern.” 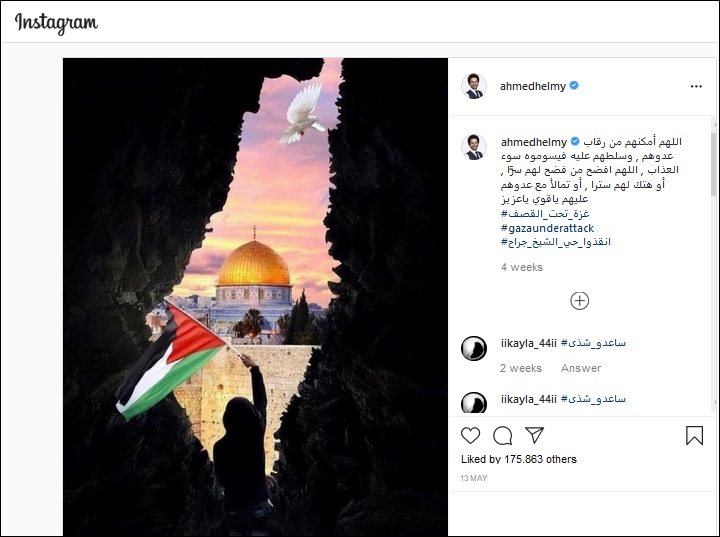 “O Allah, we ask You to restrain them by their necks and we seek refuge in You from their evil...”

To which he received reams of likes and responses expressing hate for Israel.

The Centre called on Madam Fore, “to consider that Helmy’s appointment as your Ambassador, could result, even unintentionally, in further incitement to hate and violence against Jewish communities, as we are sadly seeing across Europe, the United States, and the Middle East.”

“We urge you to cancel Helmy’s position, to be replaced by a voice for peace and reconciliation,” concluded Samuels.