Wiesenthal Centre to French Interior Minister: âExpulsions of Iquioussen and Hamouri should be Followed by Arrest!â

Paris - In September, Wiesenthal Centre Director for International Relations, Dr. Shimon Samuels, congratulated French Interior Minister, Gerald Darmanin, for “the decision to expel Imam Hassan Iquioussen to his native Morocco, for his hateful remarks and incitement against France and the Jews.”

“His dual citizenship - French and Moroccan - led us to urge your counterpart in Rabat, Minister Abdelouafi Laftit, to jail Iquioussen on arrival and withhold him from any possible access to social media. This would be an important gesture also in the spirit of the Abraham Accords.”

Iquioussen fled France, but was apprehended in Belgium and is presently in prison there, pending definitive expulsion to Morocco.

Samuels noted, “A similar case is that of the expulsion from Israel to France today of Salah Hamouri, a Franco-Palestinian citizen.”

“A proven member of the EU-designated terror group ‘Popular Front for the Liberation of Palestine’ (PFLP), Hamouri was responsible for the attempted murder of Israel’s Chief Rabbi and other offenses, had been freed with other 1,026 prisoners in exchange for Israeli hostage Gilad Shalit, then arrested again for his suspected ongoing implication with the PFLP.”

“He has arrived in France today - 18 December - and we urge his arrest. His return coincides with a renewed campaign by the ‘Collectif Palestine Vaincra’ (CPV), that not only is linked to the PFLP, but seems to have dodged the Interior Minister’s ‘dissolution decree’ of last March. The decree was signed on the grounds that the CPV ‘calls for hatred, violence and discrimination... supports and legitimizes terrorism... uses a virulent antisemitic and anti-Zionist rhetoric’. Nevertheless, the CPV is again campaigning in Toulouse.” 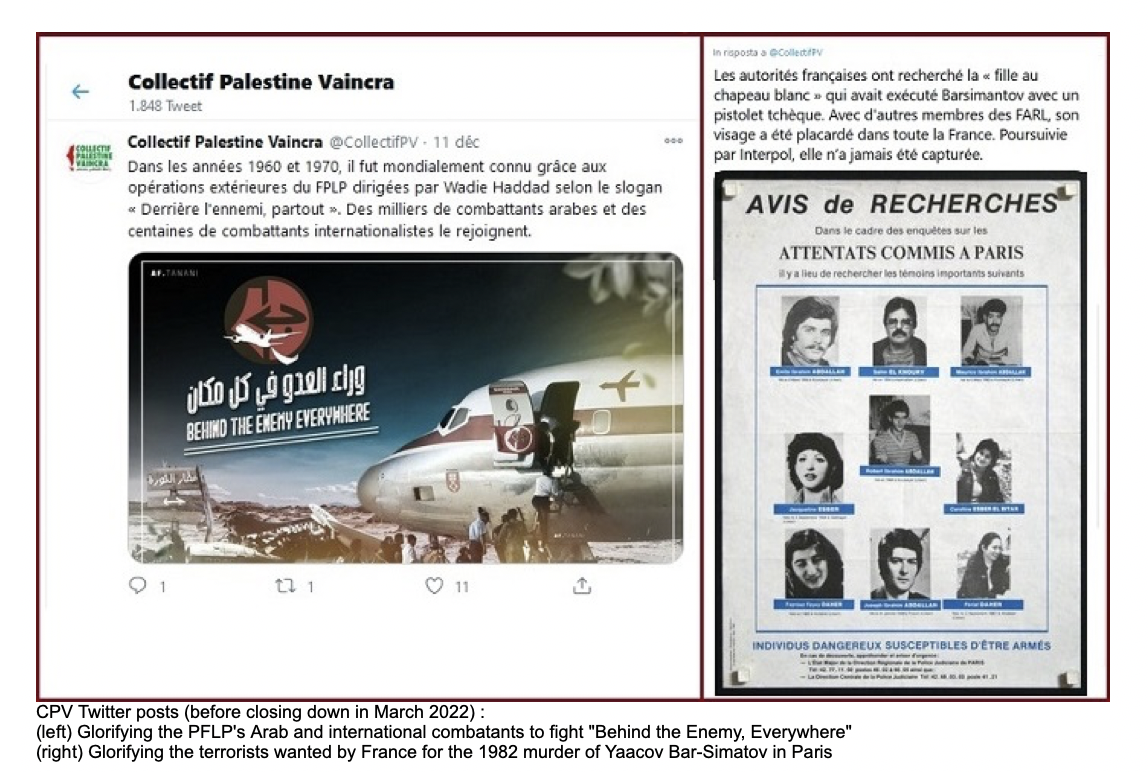 “Mr. Minister, among those who welcome Hamouri to France are elements similar to those who supported Hassan Iquioussen, thus justifying his arrest and expulsion. We fear that Hamouri’s freedom can only lead to further antisemitism on French soil,” concluded Samuels.