Wiesenthal Centre to Inter-Parliamentary Union: "Chilean Parliament Heads to Nuremberg Laws and on the Way to Legalize Antisemitism"

In December 2020, the Simon Wiesenthal Center placed then Chilean Presidential, Daniel Jadue in the Top 10 of World Anti-Semites, thereby to draw attention of the international community to the growing danger implied for Jews residing in Chile.

Adopting biased narratives on the latest conflict between Hamas and Israel, he denies its terrorist character in firing over 4.000 missiles targetting the Israeli civilian population. Jadue has deployed followers to implement anti-Semitic measures that he has been trumpeting for a long time. 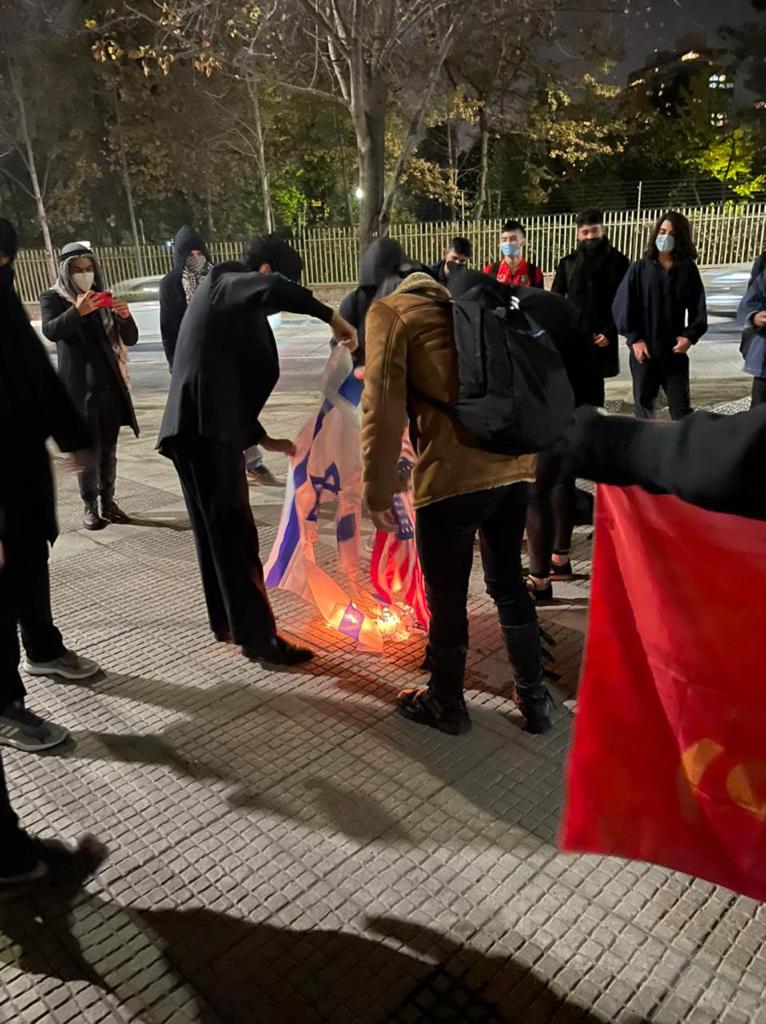 (photo of burning flag at the Israel Embassy)

He was present at a demonstration outside the Israeli Embassy in Santiago. Flags of the Jewish State included were burned,

His associate, the President of the Palestinian Community, Maurice Khamis, vindicated Hamas as 'the resistance to the occupation'.

As expressed in the map on the shirts of the Palestinian Football Club of Chile, 'occupation' is not a disputed territory. It is the entire territory, thereby the destruction of the existence of Israel. 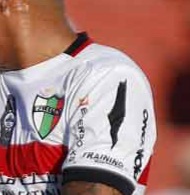 (photo of the map on the Palestinian Club shirt)

The Jadue bloc promotes a series of disturbing projects in Parliament. First the prohibition of importing products from "occupied areas", an euphemism for Israel in its entirety, the Boycott, Divestment and Sanctions movement inspired by the "do not buy from the Jews" of Nazi Germany.

In repeated speeches by Jadue and his group, he propose to modify the citizenship law, targeting Chilean citizens residing in Israel and Jewish youth in general. .

"- The vindication of terrorist entities such as Hamas, who propose in their Charter not only the destruction of Israel but a global genocide of all Jews,

- The classification of occupation applying to all Israel

- The prohibition of trade with said state

- A legislative campaign to strip Jewish Chilean citizens of their nationality,

These steps set a scenario similar to the Nazi 1930's Nuremberg laws. If these projects are approved, who will act when physical attacks on people and property intensify? It seems that the nightmare has already begun, as apparent in the accompanying photo,” said Dr. Ariel Gelblung, Director of the Wiesenthal Center for Latin America. 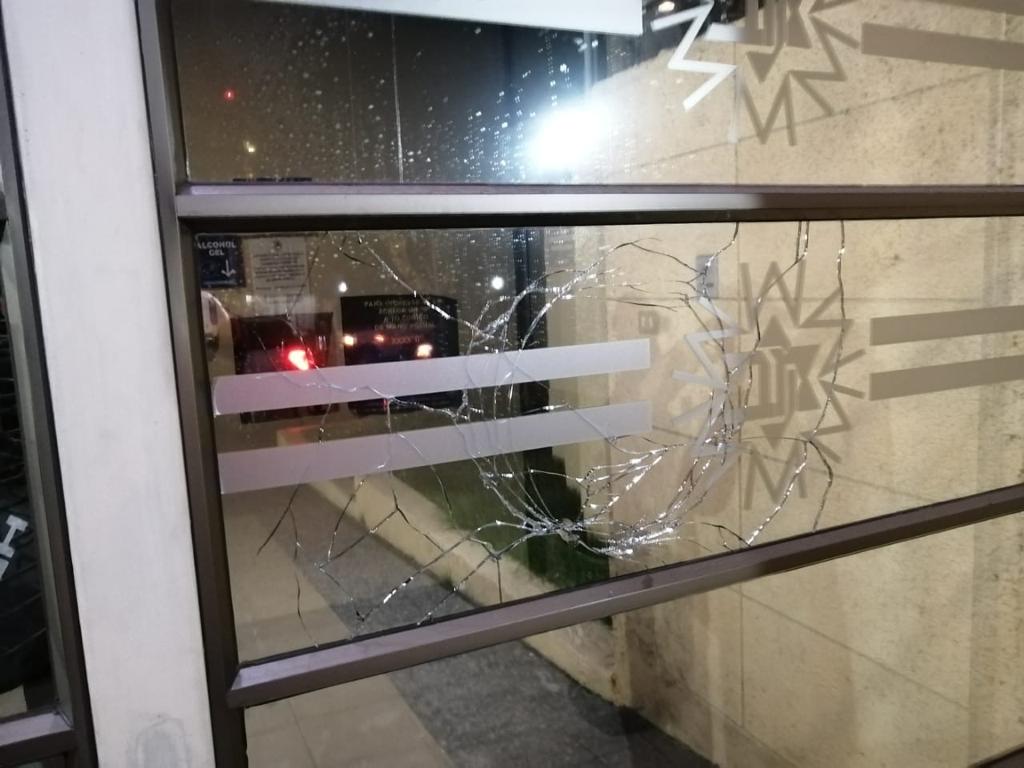 (photo attack to the Israelite Stadium in Santiago)

Dr. Shimon Samuels, Director for International Relations of the Center addressed the Inter-Parliamentary Union (IPU): “Jadue has acknowledged entering Chilean politics after serving as a young militant for the PLO, an organization declared as terrorist by the majority of democratic countries... This explains his justification of Hamas terrorism. Jadue has drafted a Parliamentary roadmap that, if successful, would legalize anti-Semitism and transforms it into state policy. We turn to you, Mr.Secretary-General Martin Chungong, to press Chilean Parliamentarians to strike down Jadue's campaign of hate and violence against Jews.”