The use of Nazi-related symbology is not a trivial matter, but rather politically motivated. The banalization of the Holocaust has been around for decades, but today serves as a pernicious tool of antisemitism.

PARIS – In a letter to Dr. Julian de Grahl, CEO of Spreadshirt - an international textile speed-printing company based in Leipzig, Germany - the Wiesenthal Centre Director for International Relations, Dr. Shimon Samuels, expressed “sickening outrage to see a Spreadshirt t-shirt with the yellow star - assimilating the anti-vaxxers to the Jewish victims of the Nazis - in rallies this week.”

Most ironic was, the apparent date of the t-shirts arrival on the market. 16 and 17 July mark commemoration of the 1942 Vel d’hiv arrest for deportation from Paris to Auschwitz of 13,152 Jews - of which 4,115 children. Less than 100 adults survived. 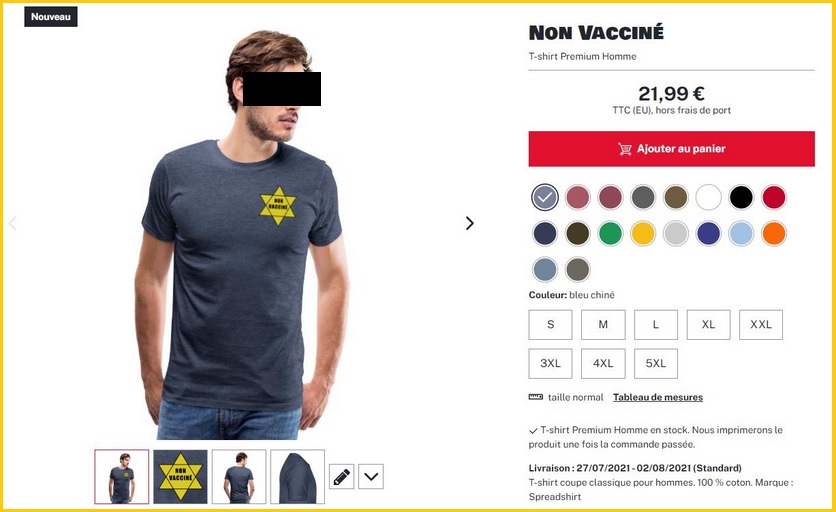 The letter continued, “you are surely aware that Holocaust banalization is illegal in Germany and considered to be a form of antisemitism... We acknowledge your belated removal of this product from your website and production line. Nevertheless, this is not the first time Spreadshirt and other speed-printing companies have been abused in this manner.A similar case with Spreadshirt was denounced in May, while Vova Online was exposed by our Centre for its Hitler hoodies in December 2020.”

The Wiesenthal Centre is ready to work with Spreadshirt to identify such orders for refusal and the necessary follow-up... Other examples of such outrageous stickers that may be on the way to t-shirt status were provided to the company. 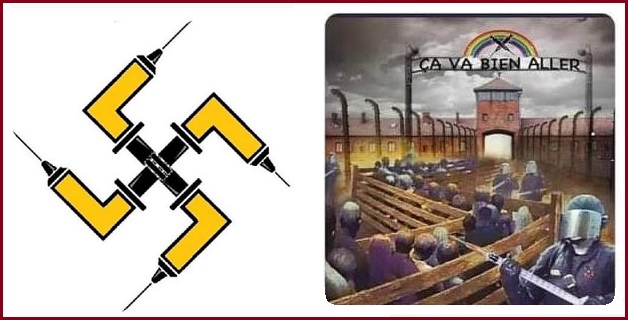 Samuels noted that, “The use of Nazi-related symbology is not a trivial matter, but rather politically motivated....”The banalization of the Holocaust has been around for decades and remains today a pernicious tool to revive antisemitism.”

The letter urged Spreadshirt "to adopt the IHRA (International Holocaust Remembrance Alliance) Definition of antisemitism, endorsed by the European Union, its member-States, NGOs, sports clubs and companies, as a guide to better understand the parameters and promotion of hate and violence targeting the Jews.”

“Furthermore, to include a reference to the IHRA definition on your webpage, would effectively discourage attempts by some hatemongers to use Spreadshirt as a vector of discrimination,” concluded Samuels.