Wiesenthal Centre Open Letter to Mayor of 20th Paris District: âTake Down Banners Calling for âPalestine Will Vanquishâ that Invite to Hatred and Violence Against your Jewish Citizens.â

Mayor of the 20th District

Both Jewish and non-Jewish members of the Simon Wiesenthal Centre - France, have expressed distress at the large banners hung in Rue d’Avron in the 20th District, in particular the one calling for “Palestine Will Vanquish.” 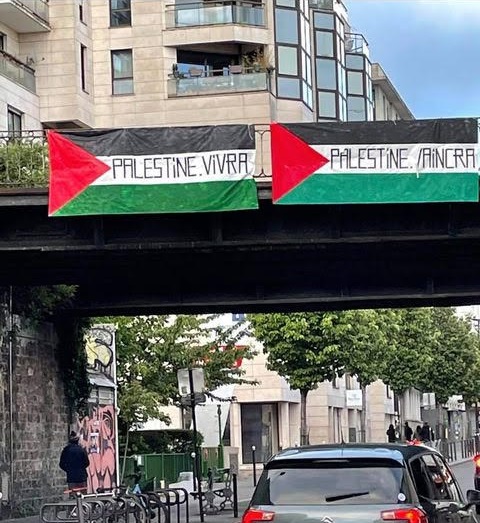 Mr. Mayor, we fear that such banners will incite to hate and violence against the Jewish community in your municipal district.

We urge you to remove these banners, as such political statements are unbecoming to your municipal party causes of Socialism or Ecology.