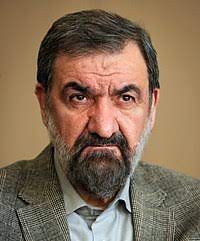 Rezai is one of the original six suspects in the 1994 Buenos Aires AMIA Jewish Centre bombing, leaving 85 dead and more than 300 wounded.

"The Argentine Foreign Minister stated in a letter to the Wiesenthal Center that should be found a mechanism to bring Vahidi to justice. The Iranian response is the appointment of Rezai, as a further provocation and mockery to Argentina and the international Community," stated Dr. Ariel Gelblung, the Centre's Director for Latin America.

Dr. Shimon Samuels, Director for International Relations added, "it should be no surprise that President Raisi, known as 'the butcher of Iran', would appoint, so far,two of his fellow gangsters. We appeal to all INTERPOL member-states to detain on arrival, not one but now, two Iranian government officials suspects in the AMIA bombing."