PARIS - Wiesenthal Centre Director for International Relations, Dr. Shimon Samuels, protested the 10th of January action by neo-Nazis and other Italian right-wing extremists who wrapped a coffin with a swastika flag, following the funeral ceremony of Alessia Augello. The deceased, who was active in the extreme-right Forza Nuova party, died in hospital on 7 January, aged 44, reportedly from complications in thrombosis surgery.

Outside the church of Santa Lucia, militants surrounded the coffin, draping it with the Nazi banner and shouting “Present!” - the "battle cry" at neo-Fascist rallies. 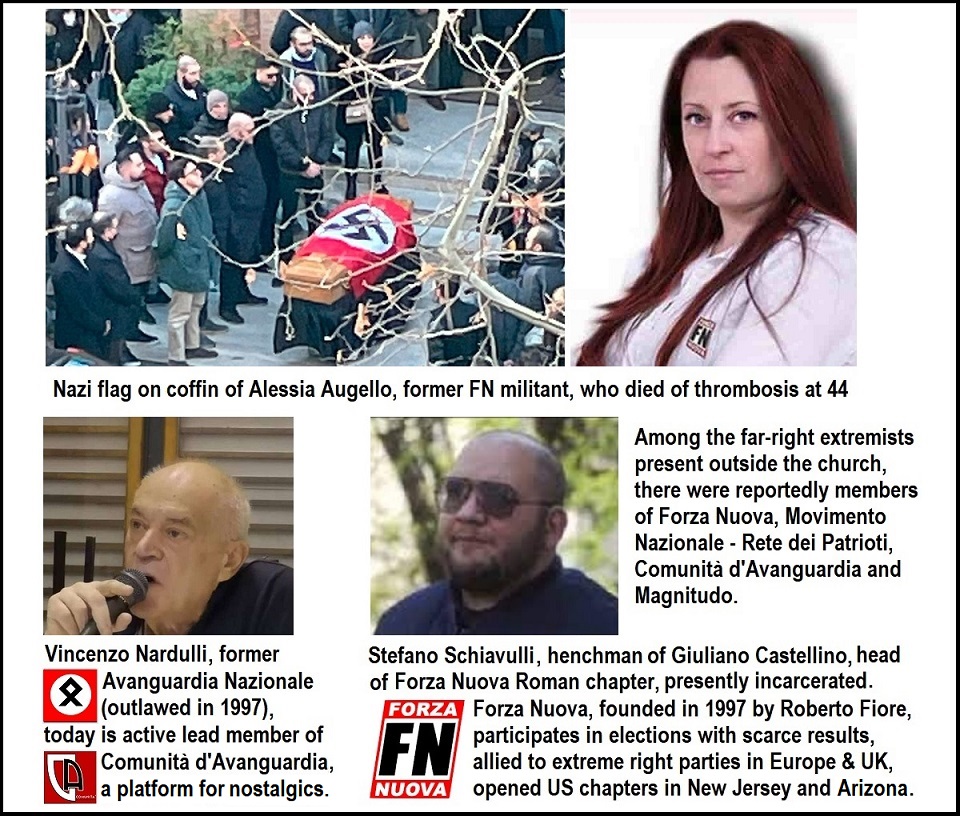 While the police are tracking down the organizers, the Vicariate of Rome has deplored the circumstances as “completely unknown to the parish priest” who conducted the funeral and... “this was an offensive and unacceptable ideological exploitation.”

The Centre commended the statement of Italian Democratic Party MP, Emanuele Fiano: “We do not forget, we do not excuse, we do not forgive Nazi killers, Nazi ideology, Nazi crimes... Thousands and thousands of Italians died because of that shitty flag, a symbol of your nostalgia for the Nazi killers. Thousands of Italian Jews were deported and then gassed in the extermination camps because of that shitty banner.”

“Among coverage of the Nazi flag outrage, was an unequivocal statement of Vatican News,” concluded Samuels.