"Article 15 of the Hamas Charter, since its inception had makes a similar threat", noted the Centre

Samuels recalled attending a session on the antisemitic Kairos document at the World Social Forum in Porto Alegre in Brazil, whera a reportedly  Hamas affiliated Imam declared, "If the Zionist state were to move to the other end of the Mediterranean, our war would not be over, for the enemy is the Jew. These are not those who were defended as 'dhimmi'.These are murderers of the Prophet, fabricate archeology and claim to Al Aqsa  as impostors"
"On 18 July,the 25th anniversary of the Iranian controlled Hizbollah AMIA Buenos Aires Jewish Centre bombing leaving 85 dead and over 300 wounded, both Hamas and Hizbollah must be banned worldwide for their 'warrant for genocide...Otherwise, Islamists across Europe and the Americas will respond to the call for their Jihadist 'martyrdom", concluded Samuels
Video of speech
https://www.youtube.com/watch?v=gH1Fd-E2HNo   (From 7:48)

"The slaughter of Jews in the world" .. The call of a leader of "Hamas" to anger the Palestinians 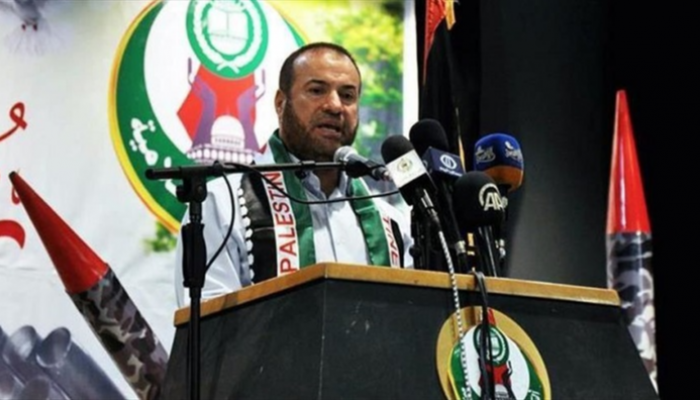 Between condemnations, denials and denunciations, Palestinian comments on the statements of Fathi Hammad, a member of the Hamas political bureau, and his call for the slaughter of Jews in the world, have sparked a wave of criticism and questions about social media sites.

In an emotional speech from the platform of the return march Friday east of Gaza, Hammad said: " We have  a week until Friday to lift the siege .. If we do not have methods and means to launch in the face of the enemy."

Hammad threatened that "the explosion will not only be in Gaza but in the West Bank and abroad." These are rare occasions in which a Hamas leader threatens to launch attacks abroad, contrary to what has been agreed among all Palestinian factions so far to limit the conflict within the occupied Palestinian territories.

The most dangerous in the statements of a member of the Political Bureau of Hamas is that he called on Palestinians abroad to attack the Jews on their way, saying: "We must attack every Jew who exists in the globe, slaughter and kill them ..

There has been no official comment from Hamas so far giving clarification on the statements of the   leader of the movement Hammad.

Although Hammad's statements were widely condemned and rejected, including others affiliated with Hamas, others defended him. Ibrahim al-Madhoun, a Hamas writer, said Hammad's speech "reflects the anger of our people who are outraged by the stalling and the continuation of the siege, To the enemy and to those who care about the future of stability in the region. "