The Simon Wiesenthal Center today welcomed an apology from Korean pop group BTS’ management for incidents—a band member wearing a hat emblazoned with the Nazi SS “Totenkopf” emblem, another member wearing a t-shirt with pictures of the WWII atomic bombs, and the band performing in costumes resembling SS uniforms and flying Nazi-like flags—offensive to both Jewish victims of the Holocaust and Japanese victims of Hiroshima and Nagasaki. The Center had called on the group and its backers to apologize. 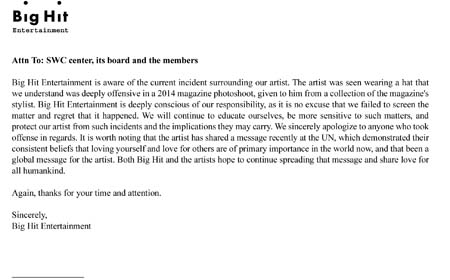 The BTS management issued a statement of apology Tuesday morning via social media and also announced that they would personally be in touch with the Wiesenthal Center. 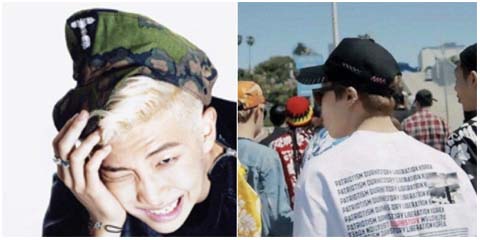 “We are reaching out to BTS and their management to urge that they harness their international fame to celebrate the good not serve the forces of evil,” Cooper concluded.