The Simon Wiesenthal Center prays for the safe ending of the hostage taking of a rabbi and synagogue members on the holy Sabbath at a Jewish House of Prayer in Texas. “By all available information this was a well-planned scenario designed to gain entrance into the synagogue by posing as 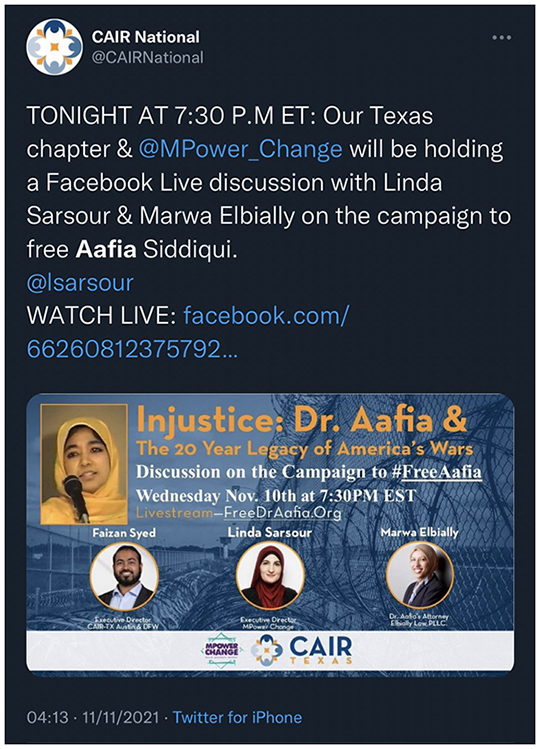 a homeless man, the terrorist and those who planned this attack counted on the kindness of a rabbi to gain entry into the synagogue, said Rabbi Marvin Hier, SWC CEO/Founder and Abraham Cooper, SWC Associate Dean and Director of Global Social Action.

“The demand for the release of convicted felon Dr. Aafia Saddiqui is no coincidence. As the accompanying twitter indicates, CAIR, Linda Sarsour and other prominent 'activists' have been deeply involved in casting a criminal as a human rights victim. Further, at her trial in 2008 Saddiqui demanded that no Jews be on her jury and made continuous anti-Semitic comments. It’s no accident that a synagogue was chosen for this attack. We assume that US authorities and experts are investigating all the ties and communications leading up to today’s outrage. We pray that Texas law enforcement and other agencies will continue to do whatever they can to gain the release of innocents.

Once again synagogues and Jewish schools must elevate their defensive measures, not only against neo-Nazis, but Islamist terrorism and violent hate. As we pray for the safety of the hostages, it is up to all Americans committed to the safety of our nation to ensure that all houses of worship will be safe from future attacks,” Hier and Cooper concluded.