Buenos Aires and Paris – President Gabriel Boric had summoned the ambassadors of Sweden, Germany, Switzerland, Saudi Arabia and Israel to receive their credentials. Minutes before the ceremony, he announced that he would receive all the ambassadors except Gil Artzyeli,the Israeli one, presumably arguing the death of a young Palestinian. This fact caused wide outrage especially from the Simon Wiesenthal Center. 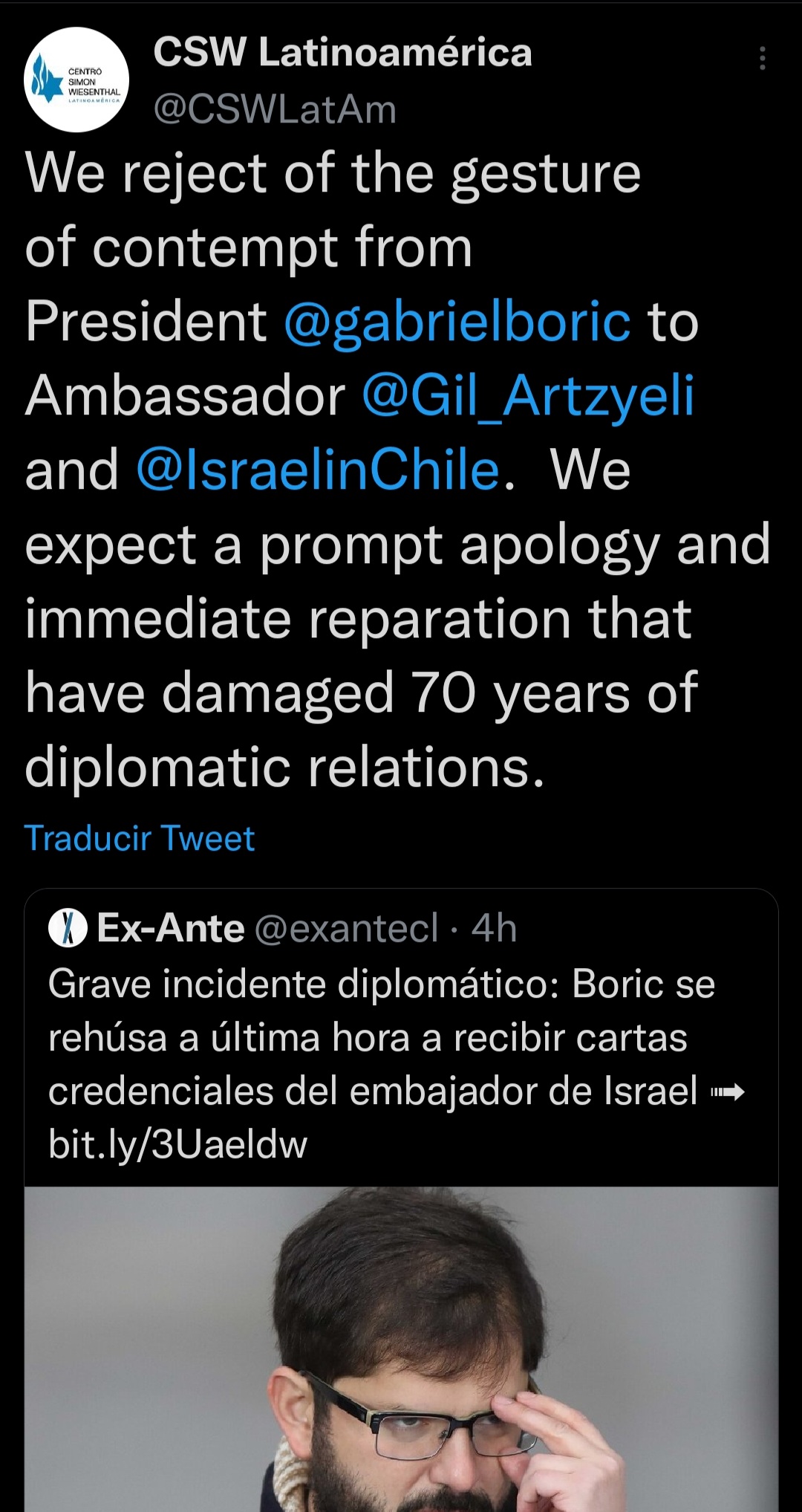 Immediately, the  Israeli Ambassador was informed that he would be received in the afternoon by the Undersecretary for Foreign Affairs.

In that meeting of more than an hour, the Chilean government apologized for what had happened and Ambassador Artzyeli declared the episode closed.

Dr. Shimon Samuels, Director for International Relations of the Wiesenthal Center, stated: “President Boric came close to generating a conflict by confusing concepts of his personal position with the interests of his country. Chile does not have to import a conflict that is foreign. We hope that moderation will prevail."

"An example of the damage President Boric's attitude could be de-escalated. This could have caused an anti-Semitic statement on socia media, resulting in coming over 70 productive years, the Jewish Community of Chile, and more specifically its members,” said Dr. Ariel Gelblung, Director for Latin America.