The Simon Wiesenthal Center learned of the wedding which took place in Tlaxcala, Mexico on April 29th - purposely coinciding with the anniversary date of Adolf Hitler and Eva Braun, on this date, 77 years ago. The bride wore a white wedding dress with a swastika and the groom was dressed as a Nazi SS officer. 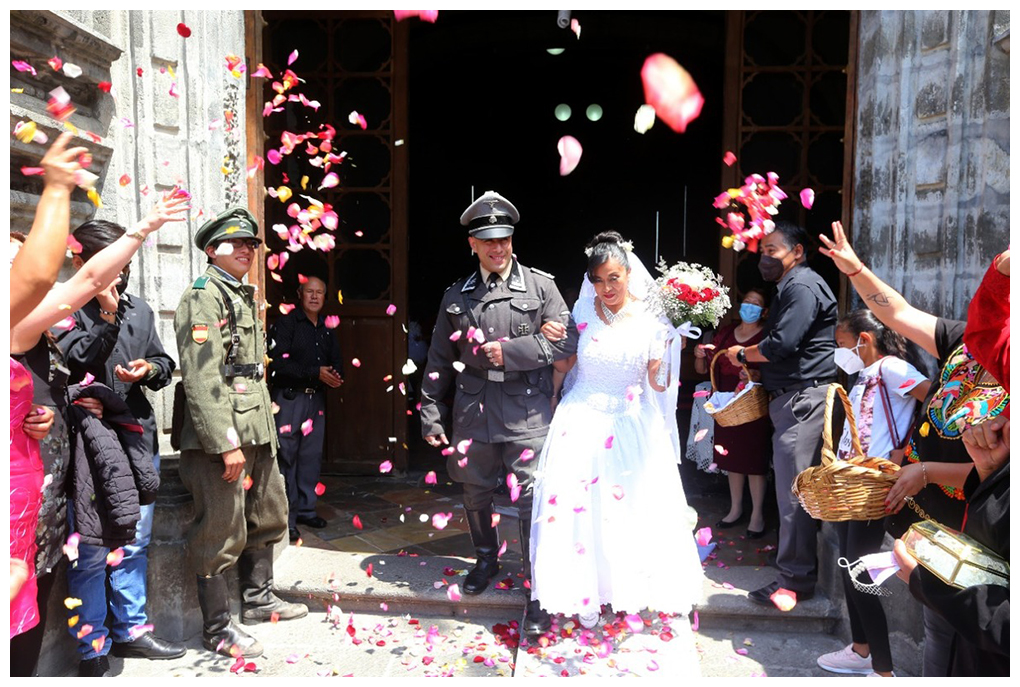 The groom, who idolizes Reinhard Heydrich, head of the Nazi SS, declared, “Hitler … took his country out of extreme poverty and returned to his people the territories lost in the first World War. His people loved him. We have been led to believe that Hitler was a racist but he came up to greet Jesse Owens (African-American athlete) at the 1936 Olympics.” *(SWC notes that this is not an accurate statement). 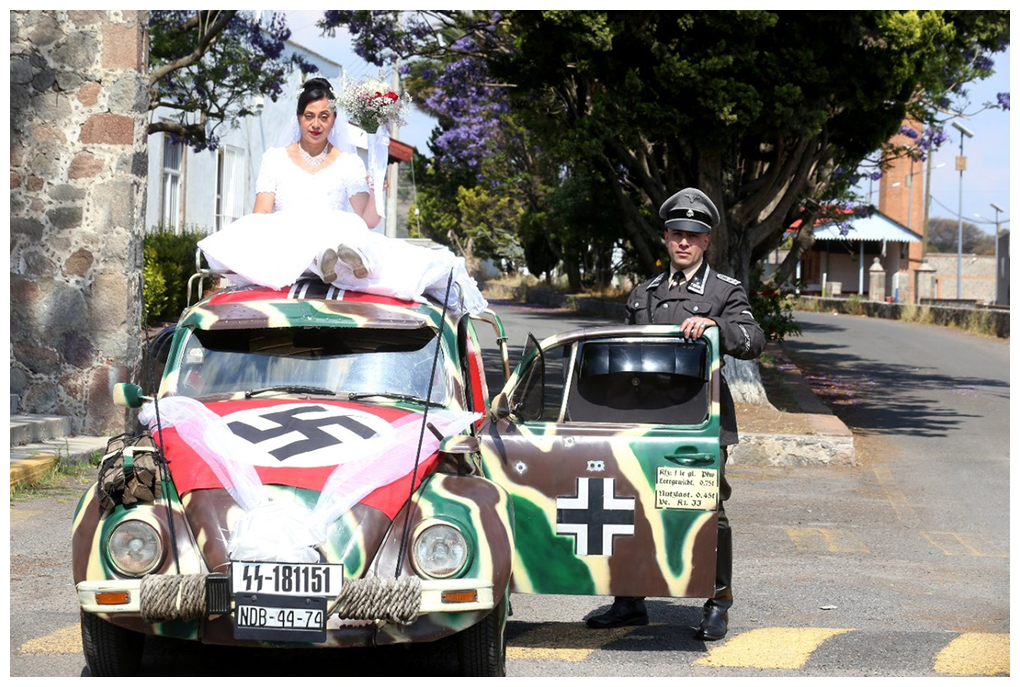 “Mexico has voted for the United Nations resolution that condemns the distortion of the Holocaust and all forms of racism....  . It has also exemplary state agencies such as CONAPRED. However, there have been no reactions by the state or human rights organizations condemning this outrage... We expect Mexican authorities to take appropriate measures,” stated Dr. Shimon Samuels, Director for International Relations of the Wiesenthal Center.

Dr. Ariel Gelblung, Director for Latin America concluded that "our institution strongly condemns the distortion and trivialization of the memory of six million Jews murdered in the Holocaust and contempt by those who deny or obfuscate history, as also all those who took part of this Nazi wedding or authorized it. Mexico must adopt the International Holocaust Remembrance Alliance (IHRA) Definition of Antisemitism and incorporate it into its legislation to prevent such hateful behavior.”