Wiesenthal Center Expresses Solidarity in the Face of Threats Against the President of DAIA, the Umbrella Leadership of Argentine Jewry

The latest hate letter summons him to a boxing location, announcing that there was a bullet waiting there for him. 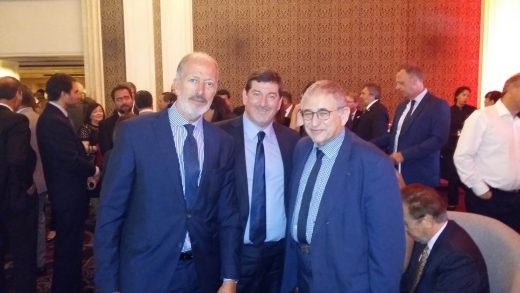 The Directors for International Relations and for Latin America of the Wiesenthal Center, Drs. Shimon Samuels and Ariel Gelblung respectively, expressed “total solidarity with the President of DAIA, urging the authorities to identify and condemn those behind the threats, as also to guarantee the personal safety of Knoblovits and those around him."

"The institutions of the Argentine Jewish community have been gravely targetted by bombing attacks in 1992 against the Israeli Embassy killing 29 and the 1994 AMIA Jewish Centre,leaving 85 dead and over 300 wounded.. This was followed by the murder of the AMIA Prosecutor who was investigating the case.All these events are still unresolved...No threat can be taken lightly."