Tallinn — The Simon Wiesenthal Center today harshly criticized a march held late yesterday in the center of the Estonian capital to mark Independence Day, which was sponsored by the Sinine Aratus (Blue Awakening) youth movement closely affiliated with the Conservative People's Party of Estonia (EKRE). 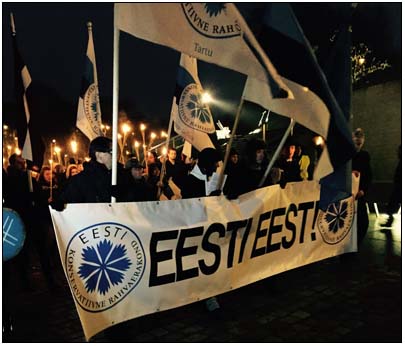 Director for East European Affairs Dr. Efraim Zuroff after he personally monitored the march, the Center noted that the march had been publicized under the motto "Estonia for Estonians," an exclusionary slogan which shows zero tolerance for Estonia's minorities, many of whom have been living in the country for generations.

"Yesterday's march is yet another example of the increasing appeal of racist, exclusionary messages in the Baltics, where such ideas paved the way for extensive collaboration by the locals in the implementation of the Final Solution. In a country like Estonia, in which the Holocaust took place with the help of numerous Estonians, such marches are a cause for serious concern."