“Wass is a figure who should be condemned, not glorified,” says Center official

The Simon Wiesenthal Center is calling for the cancellation of a program that glorifies a notorious World War IIâera Hungarian writer and Nazi collaborator.

Mark Weitzman, the Wiesenthal Center’s Director of Government Affairs said that the program—scheduled for later this week at the Hungarian House in New York – will, “celebrate Albert Wass, who has been described by prominent historian and Holocaust survivor Professor Randolph Brahama, as a ‘notorious antiâSemite’ who collaborated with the Hungarian fascist regime during World War II'.”

Wass, who received an Iron Cross, fled with the Nazis at the end of the War. Today, his writings can be found on a major neoâNazi website. 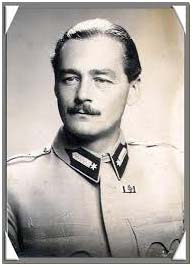 "Although the Hungarian government has denied any connection with this program, the fact that Hungary is the incoming Chair of the International Holocaust Remembrance Alliance (IHRA) makes it all the more important for the Hungarian government to officially repudiate any glorification of a writer so closely linked with antiâSemitism and the persecution of Europe’s Jews during the Holocaust,” added Weitzman, who is the chair of the IHRA’s Committee on AntiâSemitism and Holocaust Denial.

“This is an opportunity for Hungary to forcefully demonstrate that it is totally aligned with the IHRA’s goals and that it denounces intentional efforts to excuse or minimize the impact of the Holocaust or its principal elements, including collaborators and allies of Nazi Germany,” Weitzman concluded.