Medals of Valor awarded to a powerful studio head who helped rescue hundred of Jews from the Nazis; a Vatican official who works tirelessly to ensure that the bond between Catholics and Jews remains unbreakable and French Imam Hassen Chalghoumi 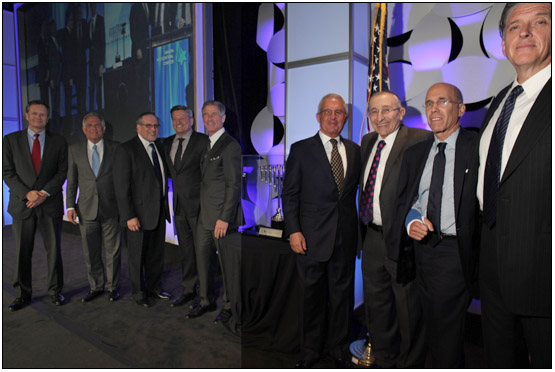 The Simon Wiesenthal Center Medals of Valor were awarded to Imam Hassen Chalghoumi, leading Muslim cleric and founder of the Conference of Imams of France who has received death threats for promoting interfaith relations; Father Norbert J. Hoffman SDB, Secretary of the Vatican’s Pontifical Commission for Religious Relations with the Jews, for tirelessly working to ensure that the bond between Catholics and Jews, forged by the historic Nostra Aetate declaration of 1965, remains unbreakable; and Carl Laemmle, the German-born founder of Universal Studios who, when Adolf Hitler took over Germany and passed the infamous anti-Jewish Nuremberg Laws, came to the rescue of hundreds of Germans, Mr. Laemmle's grand-niece Rosemary Hilb accepted the posthumous award on his behalf. 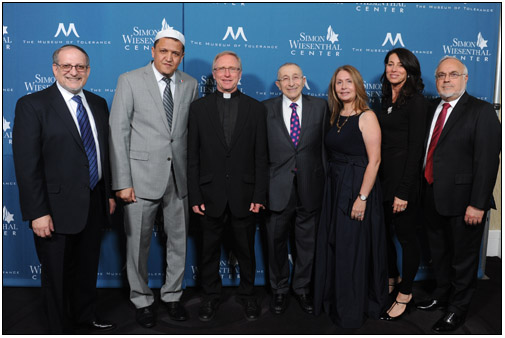 For more information, please contact the Center's Public Relations Department, 310-553-9036. Join the Center on Facebook, www.facebook.com/simonwiesenthalcenter, or follow @simonwiesenthal for news updates sent direct to your Twitter feed.The Simon Wiesenthal Center is one of the largest international Jewish human rights organizations with over 400,000 member families in the United States. It is an NGO at international agencies including the United Nations, UNESCO, the OSCE, the OAS, the Council of Europe and the Latin American Parliament (Parlatino).