This week will mark the first ever visit to Israel of a President of Ecuador. Guillermo Lasso's principal aim is cooperation in security; to deal with clashes between criminal drug gangs.

The newspaper El Comercio - in a crude attempt to lambaste the visit - published a caricature entitled "The Wailing Wall,” with the inscription SECURITY, as seen in the cartoon below. 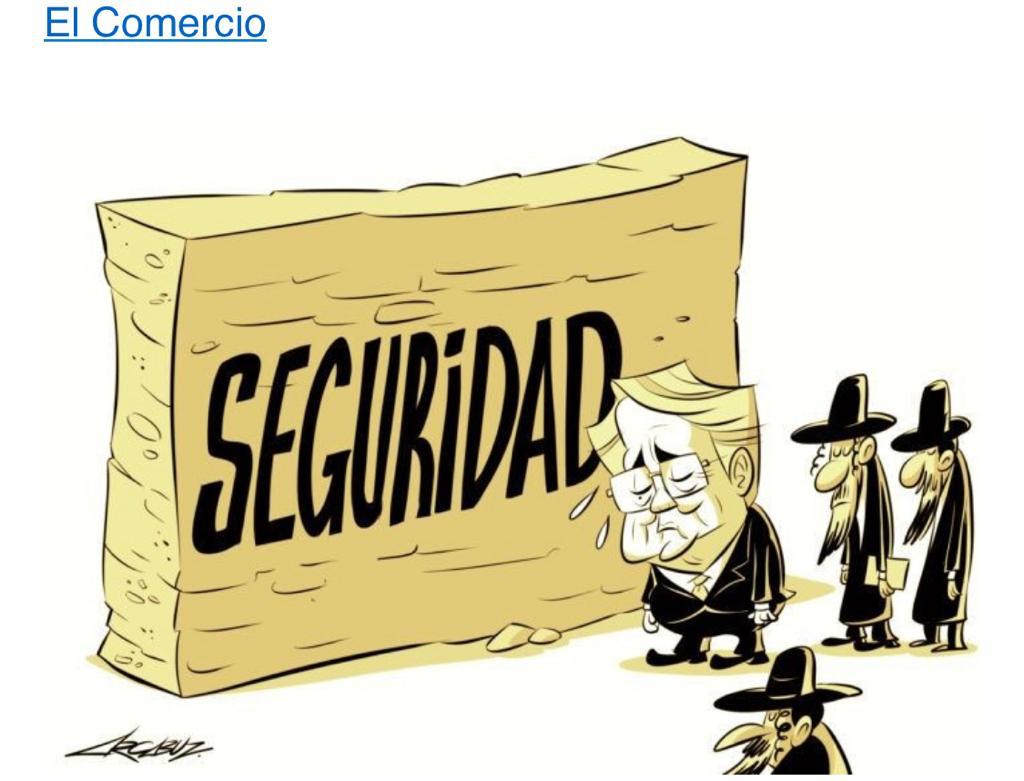 Dr. Shimon Samuels, Director for International Relations, added, "Beside diplomatic meetings, the President will join Ecuador's immigrants in Israel, many in hi-tech and larger than the some 800 Jews in Ecuador... El Comercio cannot upset the visit by an antisemitic cartoon, but it behooves an expression of apology, clearly explaining to its public that the cartoon could endanger the small Jewish community, mainly in Quito....Failing these measures, El Commercio may be deemed  an agent of antisemitic hate.”