Buenos Aires and Paris - The Organization of American States (OAS) has appointed Fernando Lottenberg as Commissioner for Monitoring and Fighting Anti-Semitism.

Following the path outlined by the United States, Canada and the European Union, Secretary General Luis Almagro created the position to promote the adoption and implementation of the International Holocaust Remembrance Alliance (IHRA) Definition of Antisemitism and bring together all efforts to combat hatred. 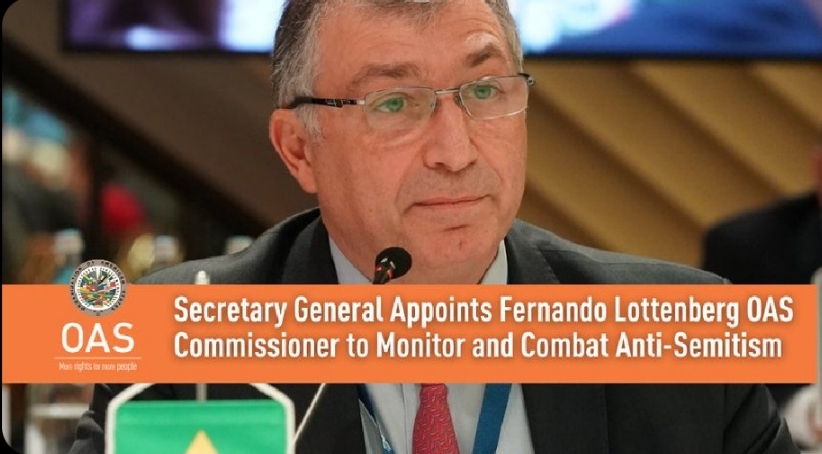 Lottenberg, a constitutional lawyer and former president of the Federation of Jewish Communities of Brazil, is currently a member of the Institute for Latin American Affairs of the American Jewish Committee.

“We wish great success to Lottenberg and look forward to sharing our experience during the challenges ahead, within the framework of the OAS” stated Dr. Ariel Gelblung, Director of the Wiesenthal Center for Latin America.

The Director for International Relations of the Center, Dr. Shimon Samuels added: "We have worked closely with the OAS and especially its Secretary General, Luis Almagro, who has developed a special anti-terrorism agenda at the annual meeting with the European Union...Our Centre is honoured to be active with both regional organizations".."We look forward to engaging the new OAS Commissioner for Combating Antisemitism at the next Latin-European gathering.”