It never changes. For 3,500 years, the Jewish people have been subjected to the cancer of hate. Yes, anti-Semitism never takes a holiday, even during a pandemic.

Recently, Amnesty International placed a road signpost outside the Israeli Embassy in London marked - “Apartheid Avenue W8 - No Palestinians Allowed.” Dare we ask how many posters Amnesty placed outside the Iranian Embassy in Washington, DC saying 6 million Jews were murdered and the Ayatollah still says it never happened? 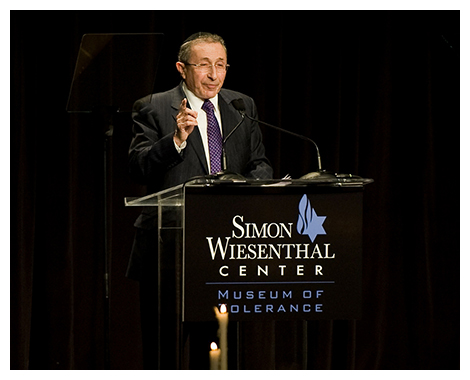 Where are the major media outlets where, in a small state like Connecticut, 70% of all hate crimes are directed at Jews, who make up just about 3.5 percent of the state’s population?

And the double standard of many of the human rights groups that are always quick to pounce on Israel but never a word against terrorist groups like Hamas, Hezbollah, and ISIS. Nor do they have any substantial interest in defending Israel and Jews worldwide against anti-Semitic attacks and terrorism.

Finally, just look at what Putin is doing to the innocent men, women, and children of Ukraine, despite full coverage around the world in all media outlets.

Small wonder in the closing days of World War II, Winston Churchill, having dealt with the Russia of Stalin, said: “…there is nothing I saw that they admire as much as strength, and there is nothing for which they have less respect for than weakness – especially, military weakness.” He urged, therefore, “that the US and Britain needed to join in fraternal association to defend freedom not only for us and not only for our time but for a century to come.”

And this is what has kept our ancestors and what continues to keep us surviving. For not only one has arisen and tried to destroy us but in every generation, they have tried to destroy us, and the Almighty saves us from their hands.

Chag Kasher V’Sameach, a happy and fulfilling Passover to you and your families,