Buenos Aires and Paris – The Wiesenthal Centre had called for the intervention of Volkswagen headquarters in Wolfsburg, Germany to demand that Volkswagen Mexico drop all relations with its Coyoacan dealership due to its display of Nazi posters.

It took less than three hours for the Centre's Director for International Relations, Dr.Shimon Samuels, to receive a message from Robin Aschhoff, Head of International Communications for Volkswagen. 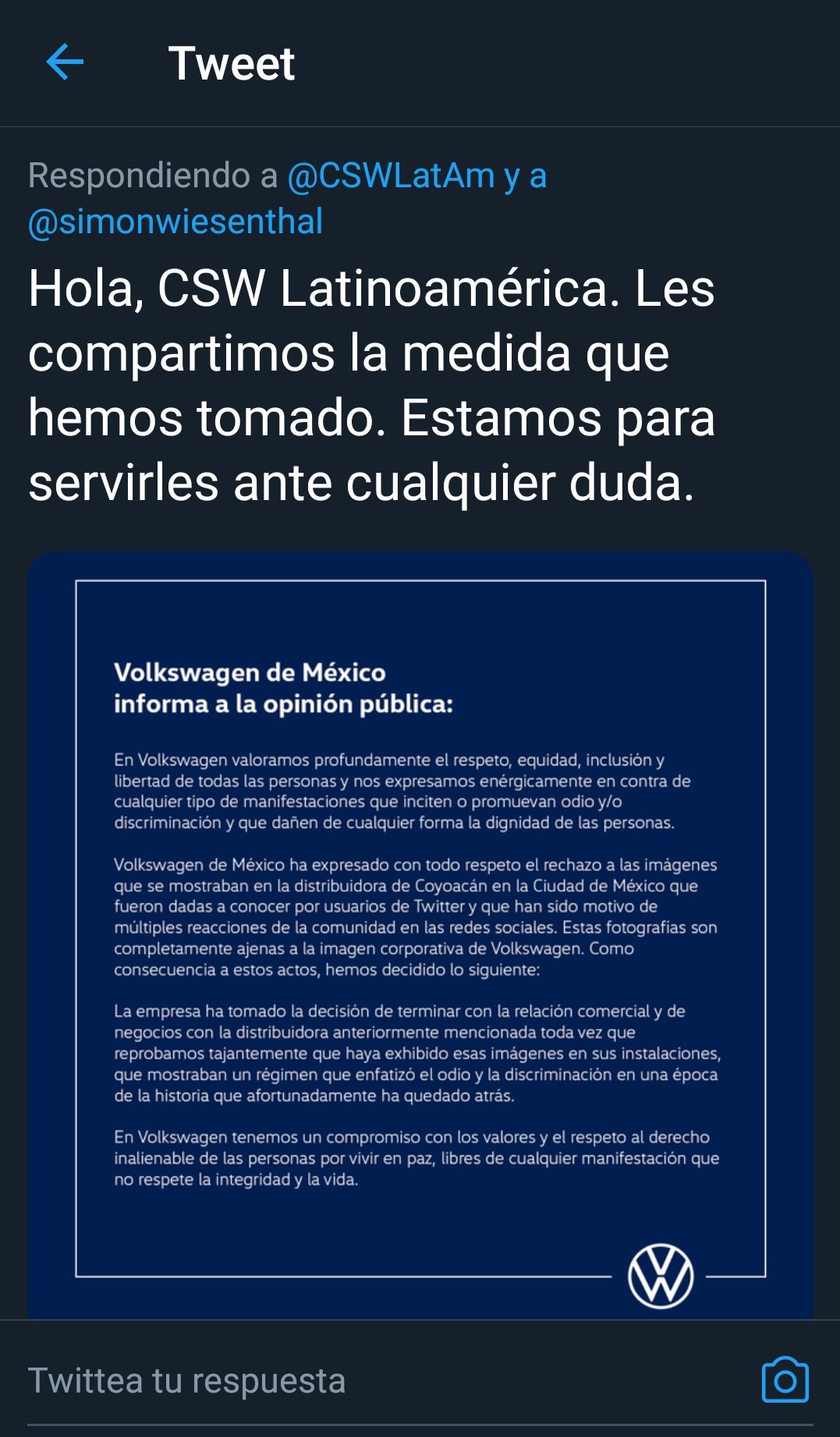 "We commend Volkswagen Mexico for having reacted rapidly in memory of the victims of Nazi barbarism as a clear message to the world," concluded the Centre's officials.