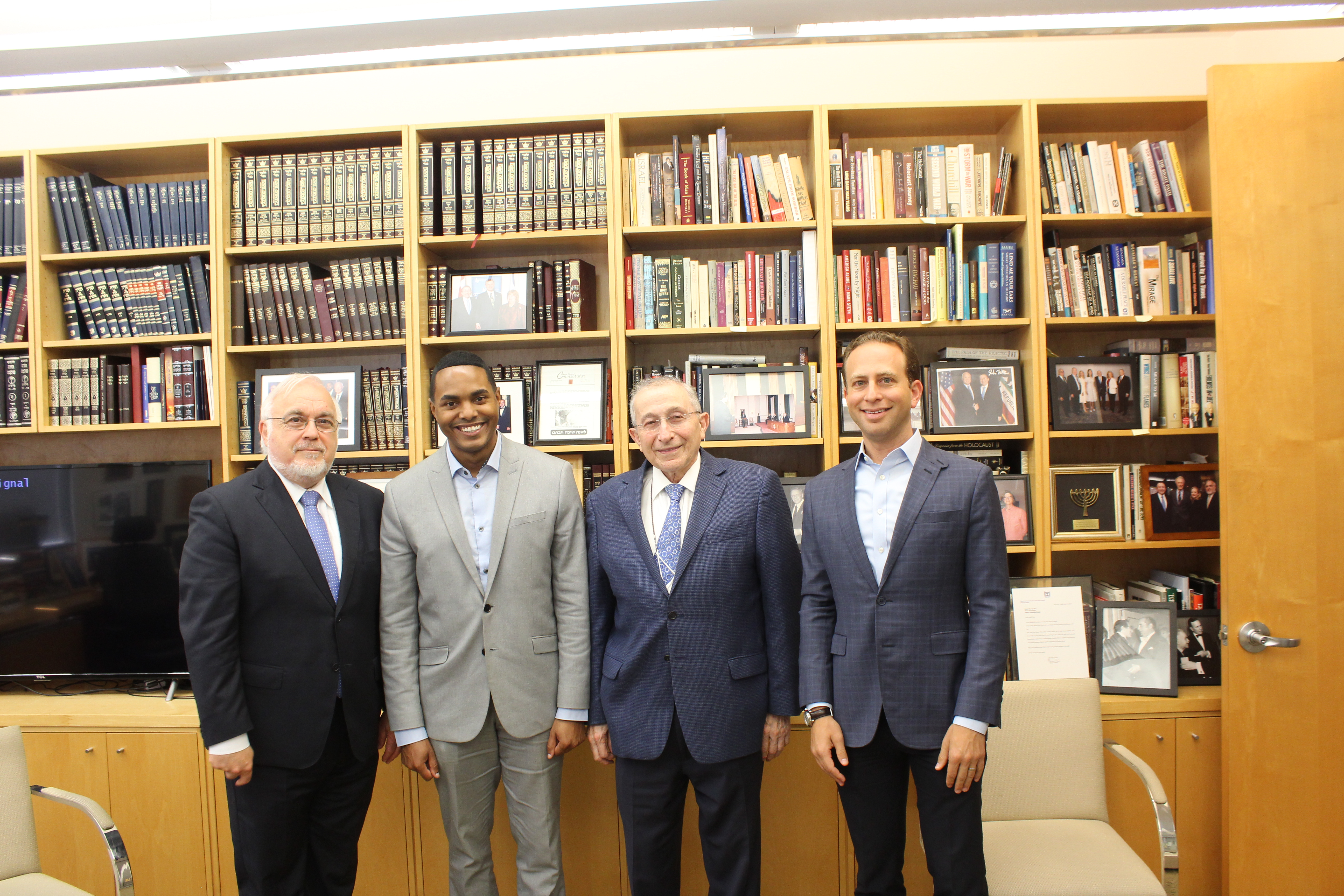 US Congressman Ritchie Torres (D-NY) met this week with Rabbi Marvin Hier, Founder and Dean of the Center and Rabbi Abraham Cooper, the Center’s Associate Dean and Director of Global Social Action at the International headquarters of the leading Jewish Human Rights NGO in Los Angeles.

As a member of the New York City Council prior to being elected to Congress, Mr. Torres, was a strong supporter of the Simon Wiesenthal Center’s educational projects, including special presentations on Digital Terrorism and hate at New York City schools in his district.  An outspoken Progressive and rising star in the House, Torres is an unapologetic supporter of the State of Israel.

Mr. Torres, along with community activist Michael Buchman, the grandson of a Holocaust survivor who volunteered at the Museum of Tolerance, toured the Museum, interacting with its dynamic, new social lab. At the start of the Holocaust section, the Congressman selected a random card with the name and photo of a Jewish child impacted by the Nazi Holocaust. Incredibly, his “partner” was a young girl from Salonika Greece whose name was Oro Torres. Along with her family she was deported to Auschwitz-Birkenau where she was gassed.

He was joined by Rabbi Hier and Rabbi Cooper. Mr. Torres was also shown an original letter written and signed by Adolph Hitler in 1919 in which he calls for the destruction of the Jewish people. 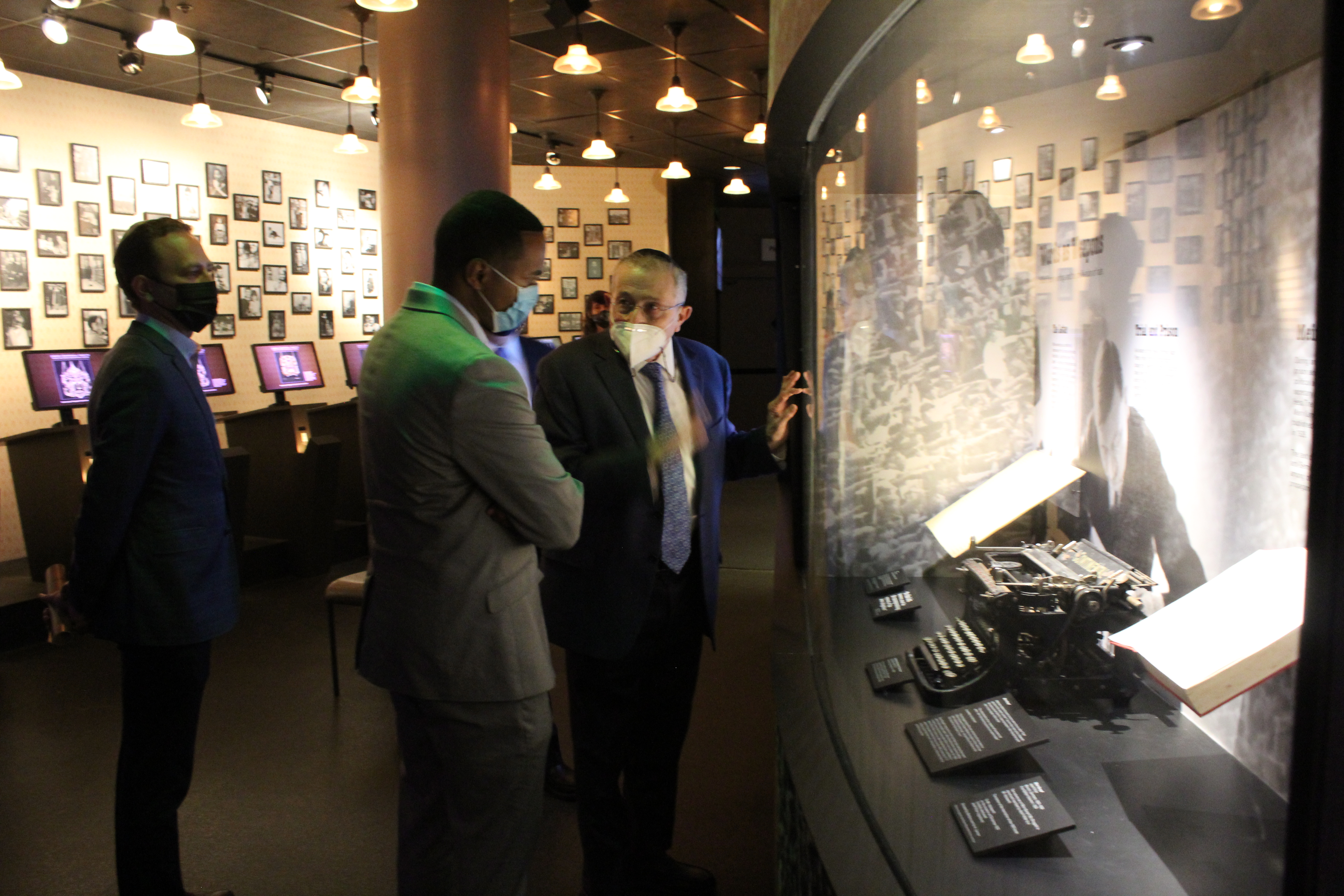 Rabbi Marvin Hier showing ‘The Hitler Letter’ to US Congressman Ritchie Torres at The Museum of Tolerance.

“The Simon Wiesenthal Center is honored to host a young member of the United States Congress who combines a deep commitment to social justice a firm commitment to combat anti-Semitism, and a profound appreciation for America’s ally­–Israel,” Rabbi Hier and Cooper noted, adding, “the Simon Wiesenthal Center looks forward to working with Congressman Torres on many domestic and global issues in the future.”