Paris - On January 4th, the Wiesenthal Centre alerted the French Interior Minister of a conference, to be held in Avignon on Sunday, 8 January, hosting three known radical Islam preachers.

Finally, as happened in November last year, this event has been canceled. 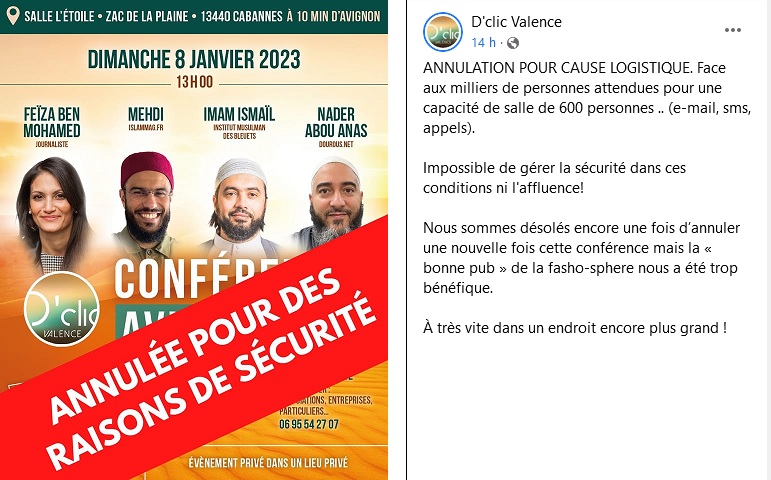 The Centre's Director for International Relations, Dr. Shimon Samuels, noted that "we have been monitoring the organizers' social media channels to discover who would have been the fourth 'mysterious' invited speaker and where would the 'secret' venue of the conference be."

The fourth speaker is Ms. Feiza Ben Mohamed, a Franco-Moroccan correspondent for the Turkish press agency Anadolu, who criticized France's decision to expel the preacher Hassan Iquioussen. The latter was known for his virulent Muslim Brotherhood-style propaganda in suburban Paris.

The venue was revealed on Friday night and was planned to be in the village of Cabannes, about 10 km south of Avignon. Nevertheless, the owner of the hall refused to sign the rental contract at the last minute, following complaints by the local administration and by concerned citizens, but also claiming to have received threats - apparently from extreme right militants - that would make the event unsafe for the participants.

The organizers claim that the hall was too small for the turnout of thousands signing up. They also gloat about the publicity caused by the "fascist" reaction.

"One thing is sure, such events contribute to the polarization of society. Extremists on both sides bask in provoking hate and confrontation, thus coopting more hardline militants. Their squabbling does not necessarily mean that moderates win the day,” concluded Samuels.