University of Buenos Aires Adopts the IHRA Definition of Anti-Semitism

Buenos Aires – The Superior Council of the University of Buenos Aires unanimously adopted the definition of anti-Semitism today.

National, autonomous, secular and cost-free, it is about to turn 200 years old.

Today it has more than 300,000 students and is located in the top 70 of the QS world ranking universities, 5 Nobel Laureates and 16 Presidents are among its graduates.

At the initiative of the Simon Wiesenthal Center, UBA's Superior Council stated that coinciding with the Anti-Discrimination Argentinian Law "the IHRA definition identifies when discrimination is anti-Semitic, to avoid gaps in interpretation and contradiction." 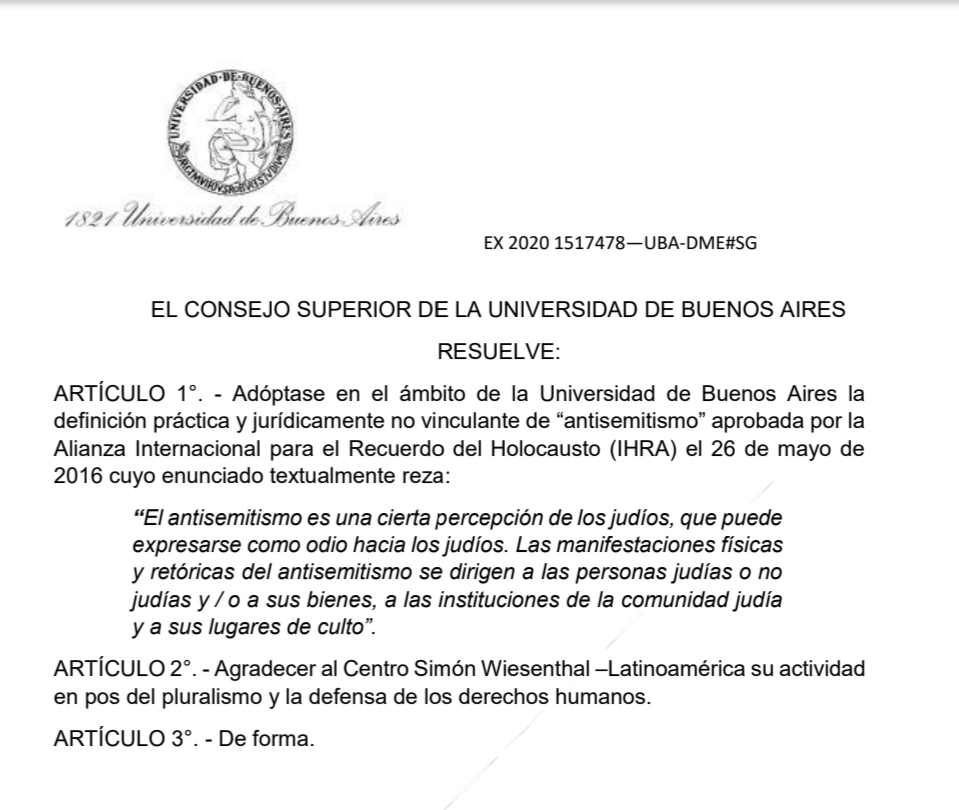 Drs. Shimon Samuels and Ariel Gelblung, Directors for International Relations and for Latin America of the Simon Wiesenthal Center expressed the hope that “the adoption of the definition by the UBA will be a beacon for other universities across the entire continent and serve as a bulwark against intolerance and incitement to hatred."

The Resolution recognizes the Wiesenthal Centre for this initiative and its programme in pursuit of pluralism and the defense of human rights.