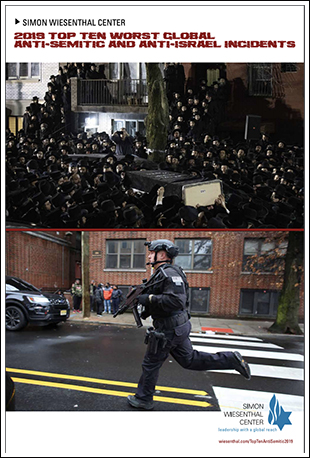 murders and violent anti-Semitic attacks against Jews and their institutions in Jersey City, the greater New York area, across the US and in Europe.

Number 1 on the list − the Jeremy Corbyn-led Labour Party − was released to the British media and public five days before the historic elections in which Corbyn suffered a devastating loss and resigned as leader of the Labour Party. (see front page Daily Mail story: Jeremy Corbyn is the biggest global threat to Jews, warns Simon Wiesenthal Centre - the world's leading Nazi-hunting organisation 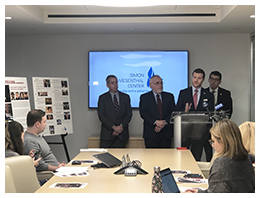