In 2004, the Simon Wiesenthal Centre’s European office was approached by Dr. Ilya Altman, founder of the Russian Holocaust Centre (RHC) in Moscow, and Alla Gerber, co-Chair of the RHC and first woman Parliamentarian in post-Soviet Russia. The idea was to co co-organize - through the Wiesenthal Centre’s French educational arm, Verbe et Lumière-Vigilance - an essay competition in universities across the former Soviet Union. This was meant to sensitize youth on the Shoah and on antisemitism, in a drastically changing context, where new extremisms - political and religious - were vying for attention among the next generations.

In 2005, some 25 essays were submitted, all focusing on the Holocaust from a Russian perspective. Then Director-General of UNESCO, Koichiro Matsuura, agreed to welcome the five laureates of the competition at the Organization’s Paris headquarters, to present their essays.

This was to become an annual event. Each year, the network of students involved has expanded exponentially. For its 17th year, the competition saw more than 2,500 participating students. The scope has widened to universities in former Soviet-bloc Eastern Europe, and included also visiting students from other European universities. The topic has also expanded to include, inter alia, the lessons of the Holocaust, the representation of Jewish history in the arts and examples of contemporary antisemitism. 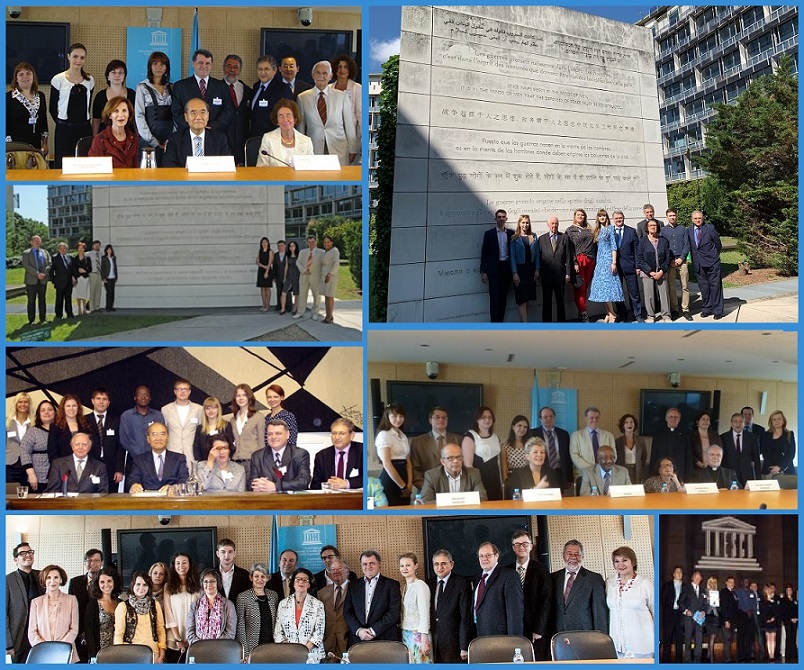 The Wiesenthal Centre is proud that thousands of students over the past eighteen years have thus been sensitized to the history of the Holocaust and of antisemitism on the territory of the Soviet Union and beyond. For some 90 winning laureates so far, this has been an opportunity to travel to France, visit Paris and a United Nations agency, present their abstracts and receive comments from outstanding personalities. Many of these students have continued their academic careers, focusing on contemporary history and social sciences, transmitting the experience to their peers and also to new students.

The wealth of material gathered so far by the Russian Holocaust Centre will soon become a volume, co-edited by the Wiesenthal Centre and Verbe et Lumiere, under UNESCO’s auspices. Notwithstanding the pandemic, the yearly programme has continued through Zoom meetings. All parties involved look forward to renewing the live meetings at UNESCO headquarters and discover how the next generation will keep the lessons of the Holocaust alive.