The Argentine Ahmadia Muslim Community Adopts the Definition of Anti-Semitism

Buenos Aires and Paris – In the framework of an activity organized by the Free Chair on Holocaust, Genocides and the Fight against Discrimination of the Law School of the University of Buenos Aires, the President of the Ahmadia Argentina Community announced the adoption of the IHRA’s (International Holocaust Rememberance Alliance) Definition of Anti-Semitism. 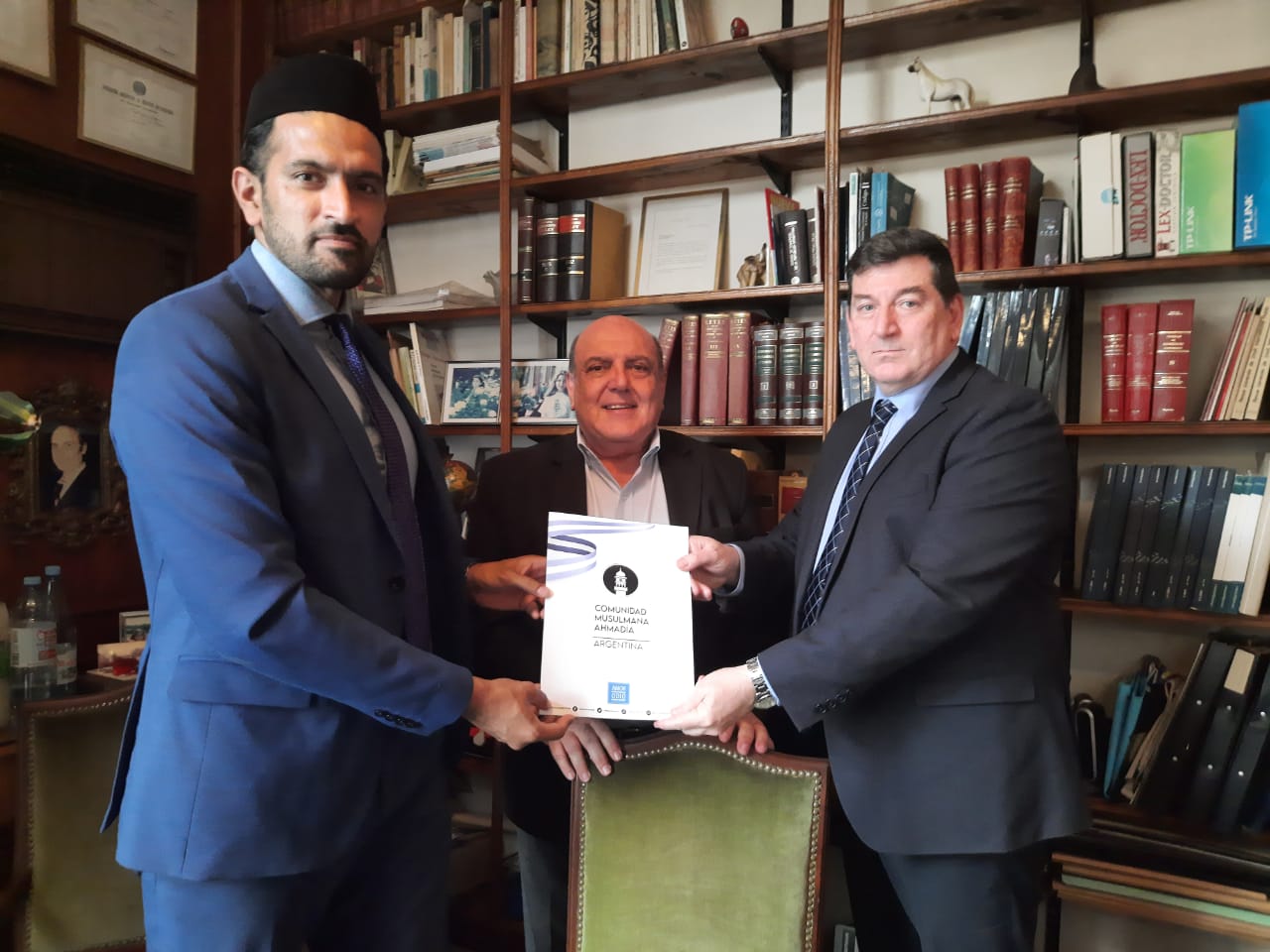 During the Conference entitled "Brotherhood for everyone, hate for anyone," moderated by the Chair's Coordinator, Dr. Roberto Malkassian, Imam Marwan Gill presented Dr. Ariel Gelblung, Latin American Director of the Wiesenthal Center, a document with the following text: “The Ahmadia Argentine Muslim Community, as a contribution to coexistence in the characteristic diversity of this nation, adopts the Definition of Antisemitism of the International Holocaust Remembrance Alliance (IHRA), responding to the invitation made by the National State in art . 2 * of Resolution 114/20 of the Ministry of Foreign Affairs. This action is entirely consistent with our motto ‘Love for all, hate for no one.’"

Dr. Gelblung reported that a few days ago, Dr. Shimon Samuels, Director for International Relations of the Wiesenthal Center stated that “the Ahmadis have been considered as missionaries by mainstream Muslim branches, thus enemies of Islam. 15 million Ahmadis worldwide are often facing persecution as “infidels and heretics”… The Center has denounced this persecution along with the 1915 Armenian victims of the Ottomans, Kurds gassed by Saddam Hussein and the Baha'i persecuted in Iran. The late Simon Wiesenthal in 1995 – on the occasion of the 50th anniversary of the United Nations – was appointed as Austrian "Ambassador" against genocide. He focused on the massacres of Rwandan Tutsis and Bosnian Muslims. He would have surely ageed to include the Ahmadis in his list of contemporary victims needing attention, support and protection."

“The main tool to generate brotherhood to fight hate speech before it becomess action wherever we must act. That is what should have been done with the Rohingya in Myanmar, the Uighurs in China, or the Christians in Nigeria. Wiesenthal's legacy is to work with institutions that did not exist in the 1930s to prevent people latterday Nazis from abusing power,” concluded Dr. Gelblung.