The Simon Wiesenthal Center (SWC) applauds the decision of the UK Labor Party over the suspension of its former leader, Jeremy Corbyn, after a watchdog report found that the party failed to properly take action against allegations of anti-Semitism during his time in charge.

“Jeremy Corbyn’s led UK Labor Party was Simon Wiesenthal Center’s number one of the top 10 anti-Semitic incidents of 2019 (see pic below). By allowing and encouraging anti-Semites to flourish within his party, Corbyn did terrible damage to the Jewish community and terrible damage to linger by allowing hate and anti-Semitism to flourish in the mainstream of the political and social culture. This move is a critical first step to push back anti-Semitic bigots to the margins of political and social discourse in the UK,” said Rabbi Abraham Cooper, SWC associate dean and Global Director of Global Social Action. 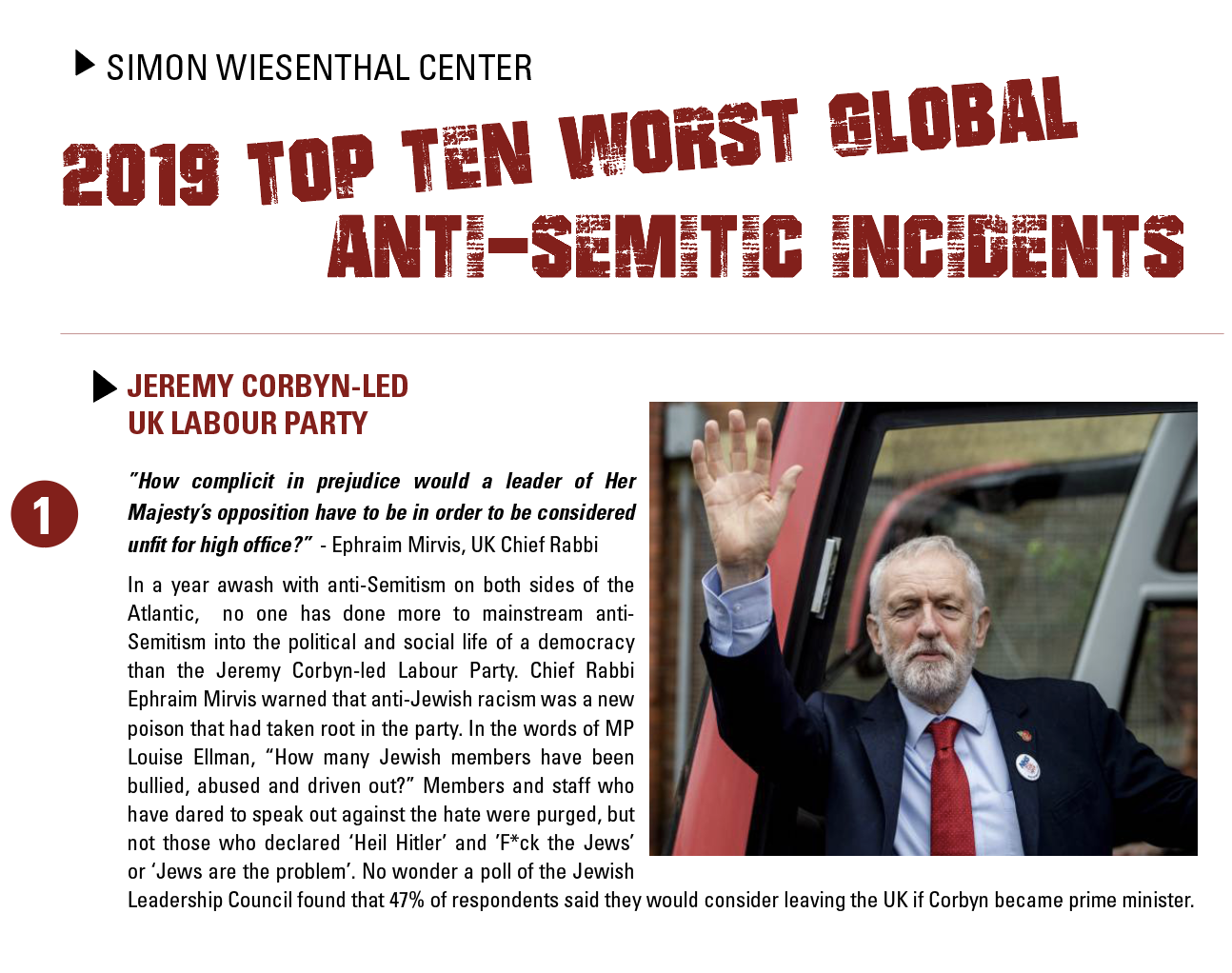 Rabbi Cooper added, “in a related development, SWC bestowed it’s Medal of Valor this week to Dame Louise Ellman, whose life-long leadership in Labor was destroyed by anti-Semites. Today, she is 100% vindicated.”

For further information, please email Michele Alkin, Director of Global Communications at malkin@wiesenthal.com, join the Center on Facebook, or follow @simonwiesenthal for news updates sent directly to your Twitter feed.