“SWC mourns the passing of Pope Benedict. The Center’s relationship dates back to when he was Cardinal Ratzinger and was fully supportive of Pope John Paul II’s historic rapprochement with the Jewish people and the decision to establish relations with the Jewish state of Israel. As Pope, he received our SWC warmly during at private audience during which full gamut of interfaith relations was discussed.” 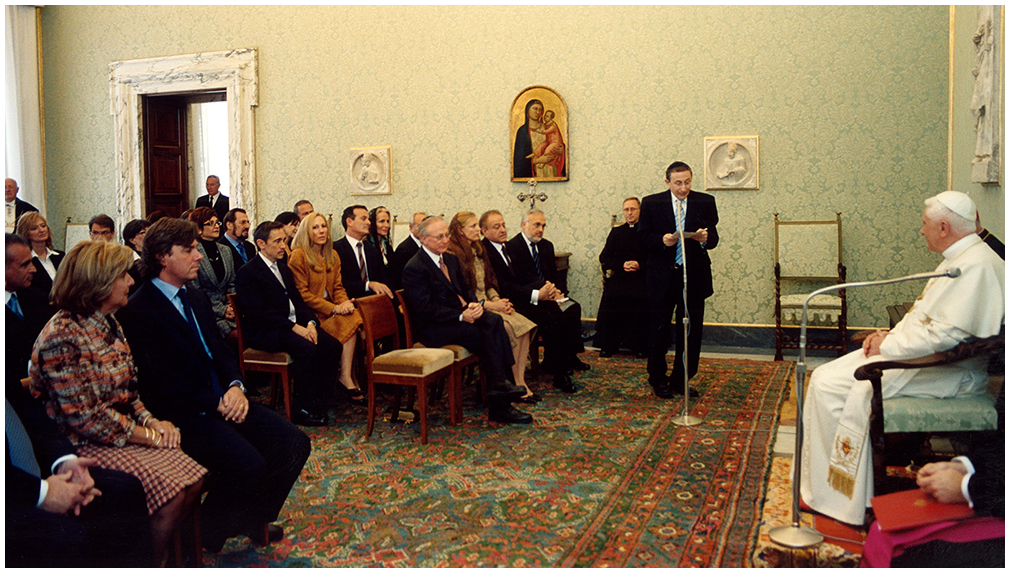 In 2005, Rabbi Marvin Hier led a delegation who met with Pope Benedict in a private audience. During that meeting, which was the third of 6 visits at the Vatican with three Popes, Rabbi Hier discussed threats of global terrorism and Iran’s calls for the obliteration of the State of Israel.

The visit coincided with the 40th Anniversary of Nostra Aetate, the historic Declaration of the Second Vatican Council which condemned ‘antisemitism directed against the Jews at whatever time and by whomsoever.’