A report submitted to the United National General Assembly on October 31, 2022 that calls for countries to stop adopting an approved standardized definition of anti-Semitism is an insidious attack on Jews, charged the Simon Wiesenthal Center, an official NGO at the UN for 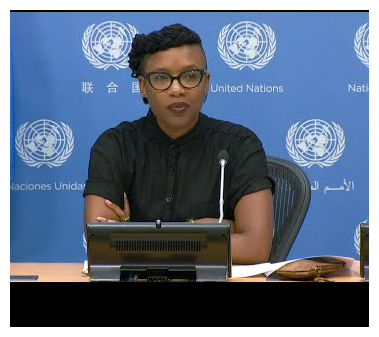 In her remarks, Achiume, whose mandate is supposed to deal with racism, said:  “I highlight the controversial status, divisive effects and negative human rights impacts of the IHRA working definition on anti-Semitism.”

“This is a nonsensical sneak attack against Jews and Israel by yet another United Nations so-called ‘human rights committee,’“ declared Rabbi Abraham Cooper, SWC’s Associate Dean and Director of Global Social Action.  “Special Rapporteur Achiume has cravenly overstepped her mandate and is trying to politicize an effective and accepted document that helps governments identify and combat anti-Semitism, which is spreading the globe like a plague. We call on the UN to reject this latest insidious attack on Jews.”

“We commend these nations for standing up for what’s right and rejecting this mendacious report’s lies and manipulations,” he said. “We particularly note the comments of United States Public Delegate Andrew J. Weinstein, representing the U.S. Mission to the UN, who told the General Assembly that “the United States strongly supports the broadly accepted IHRA working definition of anti-Semitism and encourages other countries to embrace it as well.”

At least 38 countries and many more institutions and local governments have adopted the IHRA working definition.