The Simon Wiesenthal Center condemns the appointment of Fadah Jassem as Twitter’s new Middle East and North Africa news curator. In 2010 and 2011, Jassem, posted on Twitter praise for anti-Semite Louis Farrakhan and claimed that Israel was “not born” but “dropped like a bomb” in the Middle East. 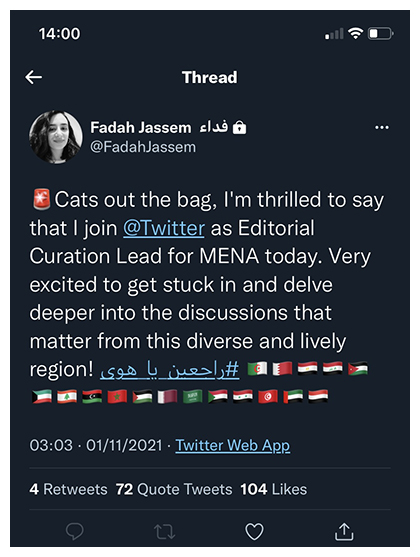 Jassem announced her new role as editorial curation lead for the MENA region in a tweet that included flags of 17 countries in the Middle East and North Africa, including the Palestinian flag but omitted the Israeli flag.