Buenos Aires and Paris –In a well attended ceremony, the Simon Wiesenthal square was formally inaugurated, facing the Government Palace of Buenos Aires.

The Undersecretary of Human Rights of the City, Pamela Malewicz, referred to the genesis of the project. She recalled the 15th anniversary of the passing of Simon Wiesenthal: "In a meeting with Mayor Horacio Rodríguez Larreta, the idea was raised of honoring our mentor in a public space. Immediately, the procedure to carry out the project was launched." Malewicz added: “In this way, we not only honor a great man, but also make visible the Wiesenthal Center's work in continuing his legacy.”

Legislator Matías López, author of the project, highlighted that the City of Buenos Aires deserved to have this square. Legislator Claudia Neira, in turn, stressed that these policies do not depend on parties, but that all the forces represented in the City not only supported the initiative, but also took it as their own. 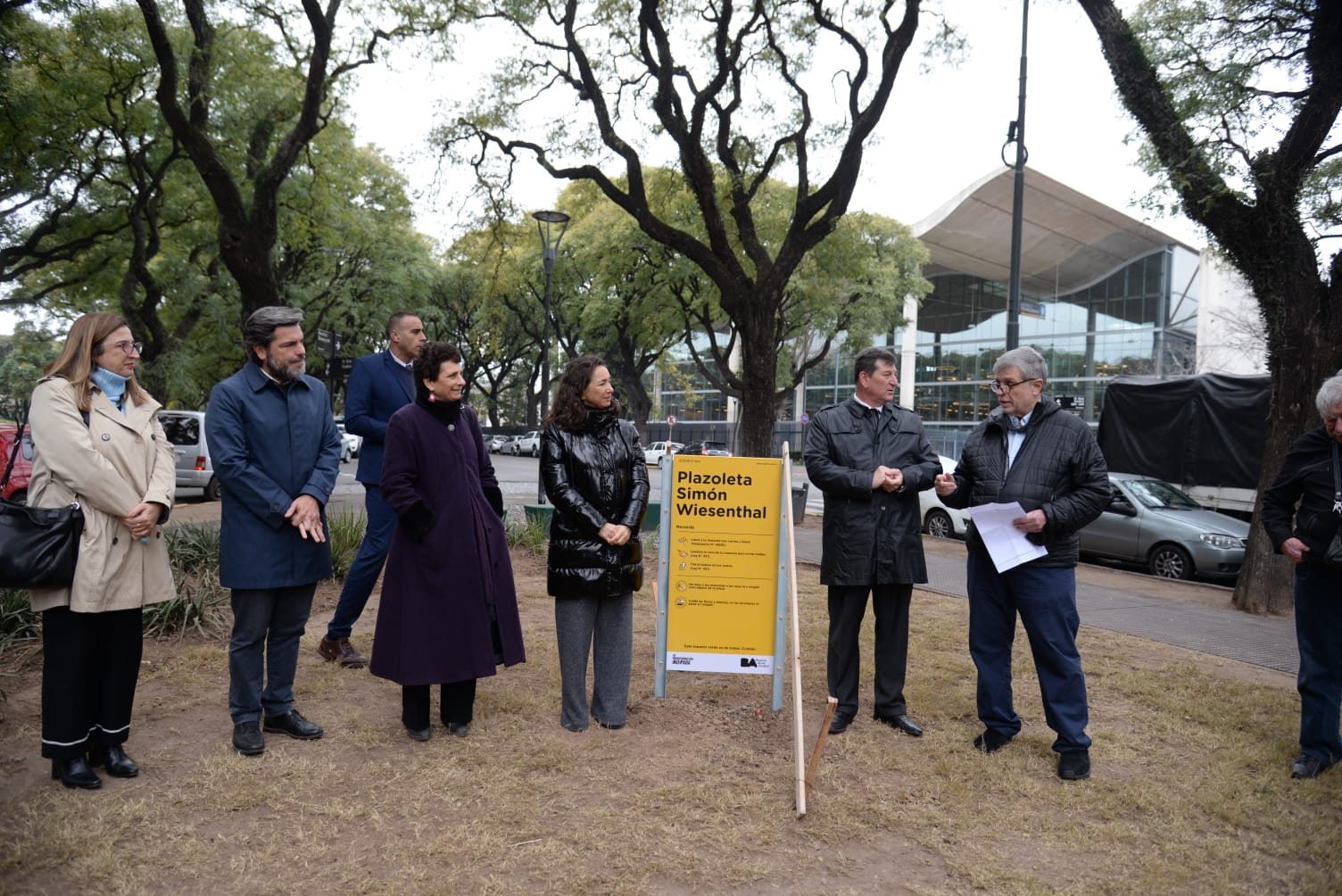 The Ambassador of Israel, Galit Ronen, stated that both the adoption of the IHRA Definition of Antisemitism by the City – highlighting the enormous effort that the Wiesenthal Center made in this direction – and the naming of this square are direct measures in the fight against anti-Semitism.

The Austrian Ambassador, Andreas Melán, sent a message highlighting Wiesenthal's work in his country and having accompanied the project since its inception.

The President of the Latin American Board of the Simon Wiesenthal Center, Fernando Sokolowicz, stated that “Crossing the square and reading his name will invite reflection. Where does the past take us and what does the present call to us? Who sustained 'I will not forget you' and was called the memory of the Holocaust, lives in our daily task. That the city of Buenos Aires chose this name leads us to respect each other in diversity and learn from our differences.” 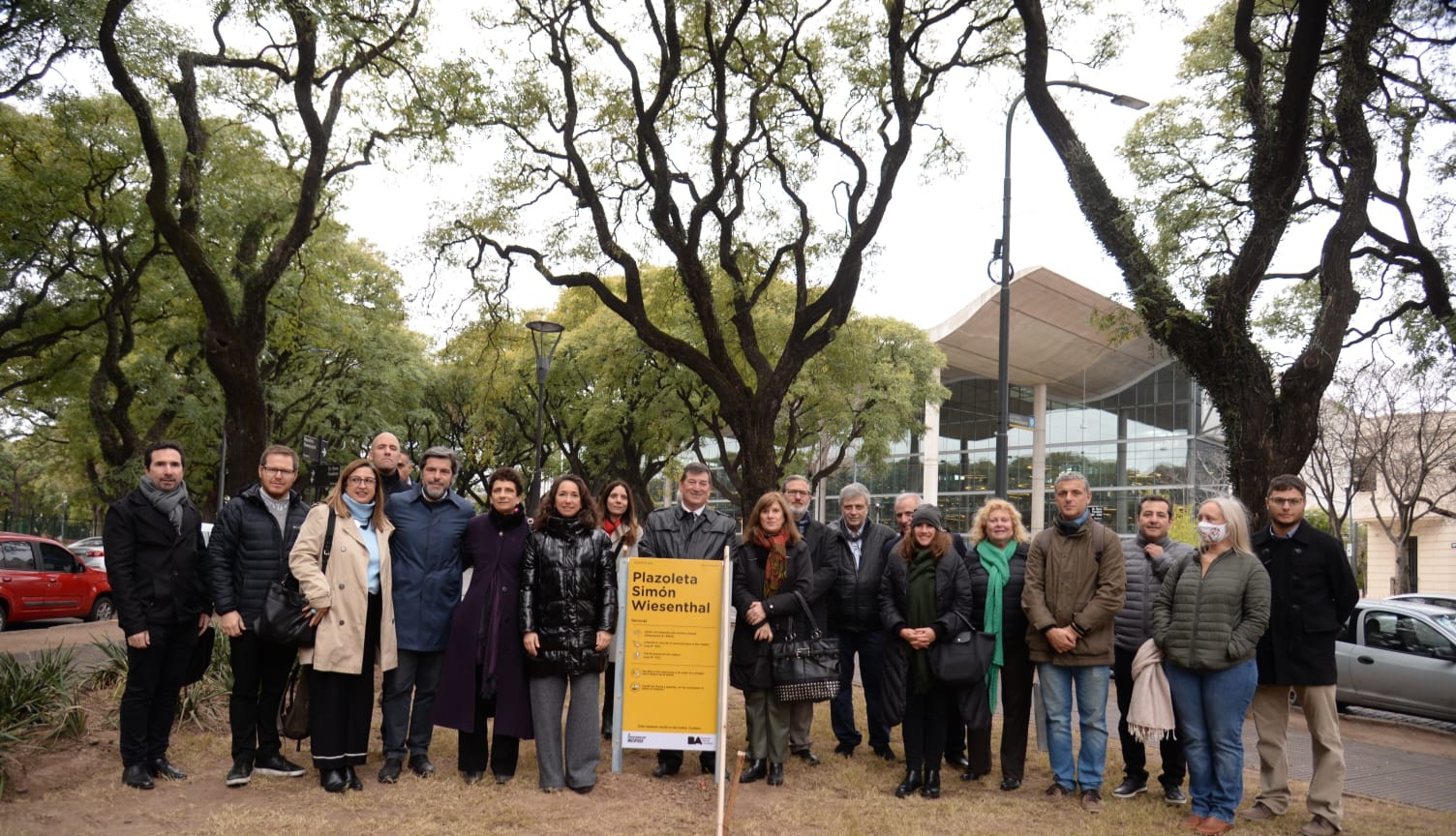 “We are delighted that the City of Buenos Aires, headquarters of our Latin American office since 1993, is following the path initiated by Paris, which has honored the names of Simon and Cyla Wiesenthal with a square in the City of Light, and was continued by Vienna. The square is a lesson and slap against Nazis fugitives settled in post-war Argentina. It should be emulated across all Latin America that hosted Nazis. These are needed in order for schools to learn the lessons of genocide,” declared Dr. Shimon. Samuels, Director for International Relations of the Wiesenthal Center.

Dr. Ariel Gelblung, Director for Latin America, concluded: “It is a source of pride that Legislators of all parties, the Mayor of the City and the Porteños (Buenos Aires City inhabitants) coincide in giving Simon Wiesenthal recognition for his work. His motto ´Justice, Not Revenge´ has inspired the 'Memory, Truth and Justice´..”