Gallaudet University has a storied history dating back to 1864 serving deaf and hard of hearing students. Tragically, the institution has been accused of racism and anti-Semitism, but until this release of a 1988 picture did nothing for decades. 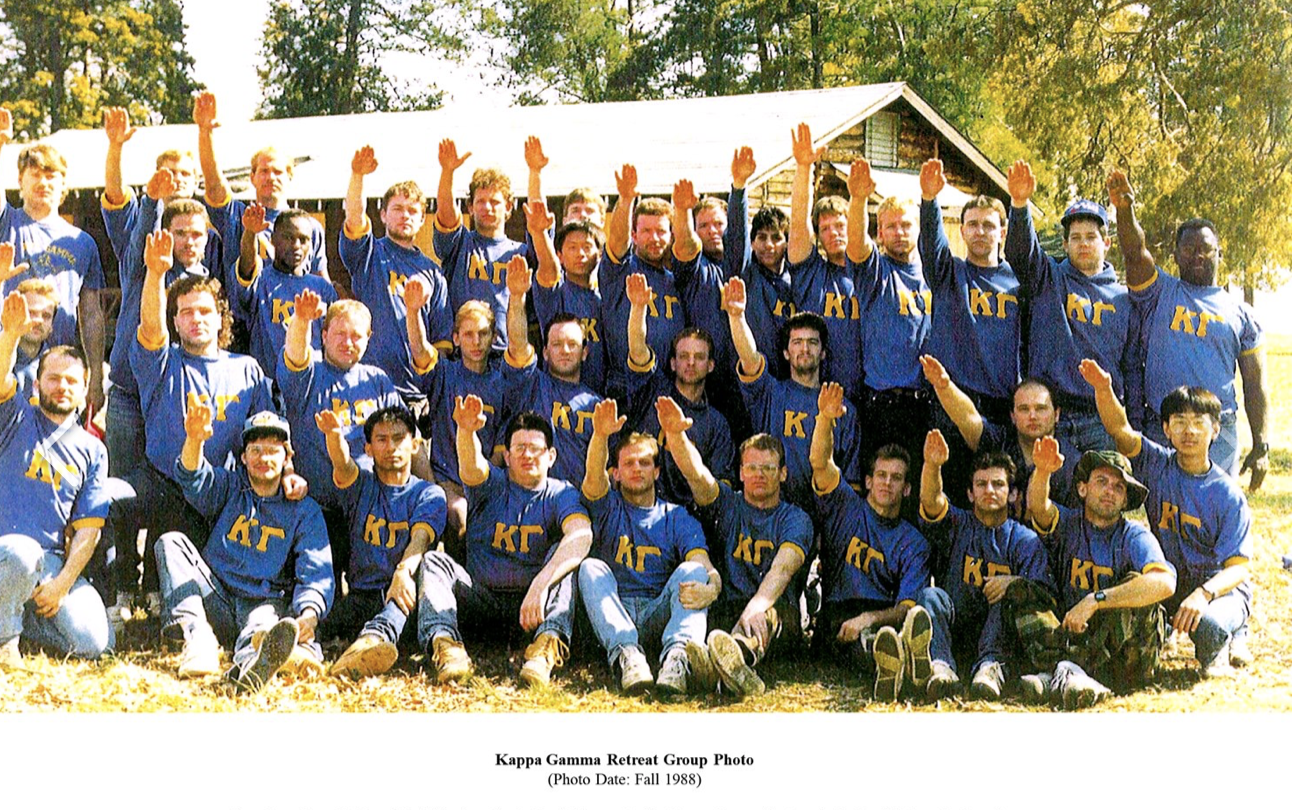 This photo is from a Kappa Gamma Fraternity event. Among those giving the Nazi salute are two current members of the University’s Board of Trustees and the current Board Chair. This influential fraternity founded at the beginning of the 20thcentury, later it disgraced itself by donning KKK style hoods and giving Nazi salutes.

Gallaudet University did not admit Black students until 1950.

“In wake of the release of the above photo and other racist visuals, we commend Gallaudet President Roberta Cordano for suspending Kappa Gamma for racially insensitive activities especially incendiary during a period when our nation is reeling from the wanton murder of George Floyd by a Minneapolis police officer. However, more must be done to remove the stain of racism and anti-Semitism. The Simon Wiesenthal Center joins the University Hillel and alumni in expressing our concern that as of yet there has been no official condemnation not only of racial insensitivity but of the anti-Semitic implications of unacceptable behavior by Kappa Gamma.We urge President Gordana to continue the reform process at one of our nation’s most unique and important institutions of higher learning," said Simon Wiesenthal Center's Rabbi Abraham Cooper, associate dean and director of its Ed Snider Social Action Institute.