Dangers of Islamic Antisemitic Terrorism Around the Globe

Dr. Shimon Samuels, SWC Director of International Relations (pictured left) warned about the dangers of Islamist Antisemitic terrorism. Highlighting examples from around the globe, Dr. Samuels spoke about the three waves of Islamist terror focusing on France including the 1980 Copernic Synagogue bombing, the launching of 73 attacks on Jewish and Israeli targets in Western Europe, the transplantation of the 2000 Intifada, to Europe and attacks by native-born radical Muslims and lone-wolf attacks including the Toulouse school, the kosher supermarket, and Sara Halimi’s brutal murder.

Samuels also addressed Iran’s role in the AMIA bombing, antisemitism at Arab book fairs, and extreme left embrace of jihadism in the Durban World Conference Against Racism and at the World Social Forum in Porto Alegre, Brazil.

Mark Weitzman, the SWC's Director of Government Affairs (pictured right), participated in the event. Weitzman, considered the "architect of the International Holocaust Remembrance Alliance (IHRA) Working Definition of Antisemitism" spoke about the adoption by IHRA of the antisemitism definition and the importance not only of its adoption today by over 30 countries and 500 municipalities and institutions but also of the need to implement it, pointing that it is a practical tool, "born out of necessity" and not an academic definition meant to only spur debate or discussion.

Weitzman also stated that IHRA is not a magic wand. Adoption of IHRA is not a simple antidote to antisemitism. Rather it is a tool agreed upon by experts and diplomats that provides a baseline understanding of what antisemitism is for the international community to use against the globalized surge of antisemitism. Many governments, including the US, the European Union, Organization of American States, and other groups, like the Global Council of Imams have adopted the definition. 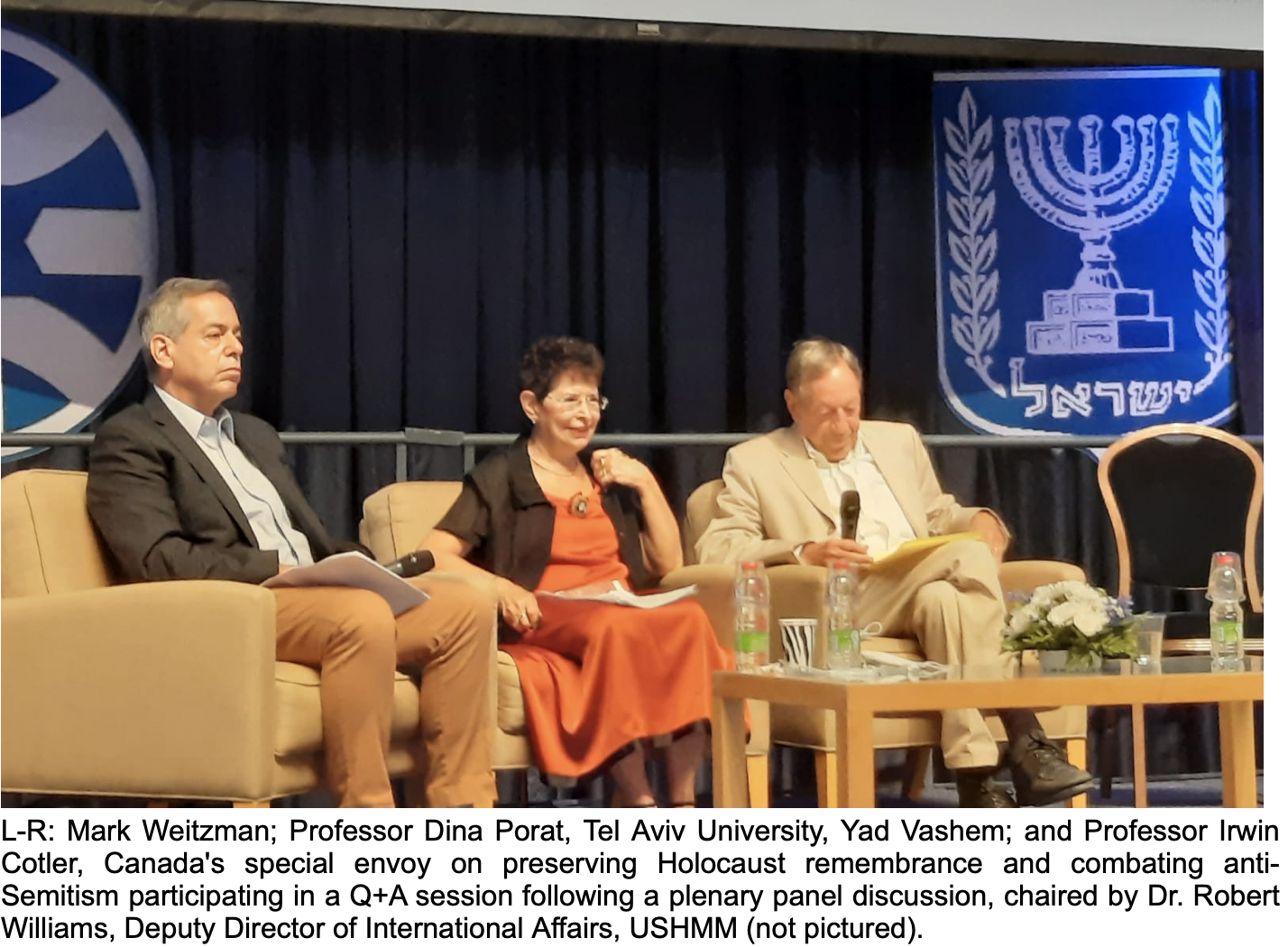