Buenos Aires and Paris – During the 50th General Assembly of the Organization of American States (OEA), Drs. Shimon Samuels and Ariel Gelblung, Directors for International Relations and for Latin America of the Center, proposed to the General Secretariat to carry out a joint campaign for all countries of the region to follow the path of Canada, the United States, Argentina and Uruguay that were the first to adopt this working definition of anti-Semitism developed by the International Holocaust Remembrance Alliance (IHRA).

Secretary General Luis Almagro, shared the proposal of the Center officials, understanding that the Definition is the “first and only international standard to identify when an act is anti-Semitic, and thus, respond in prevention, education, commemoration and, even penalty by avoiding legislative loopholes and thus providing greater legal protection to the Jewish citizens of the Americas. "

OEA urged the member states to adopt this instrument during the deliberations of the General Assembly, and to recognize individually the OEA GSO / 365-20  text as issued, "The General Secretariat of the Organization of American States and the Simon Wiesenthal Center, jointly urge the member countries of the former to adopt the working definition of anti-Semitism from the International Holocaust Remembrance Alliance (IHRA)." 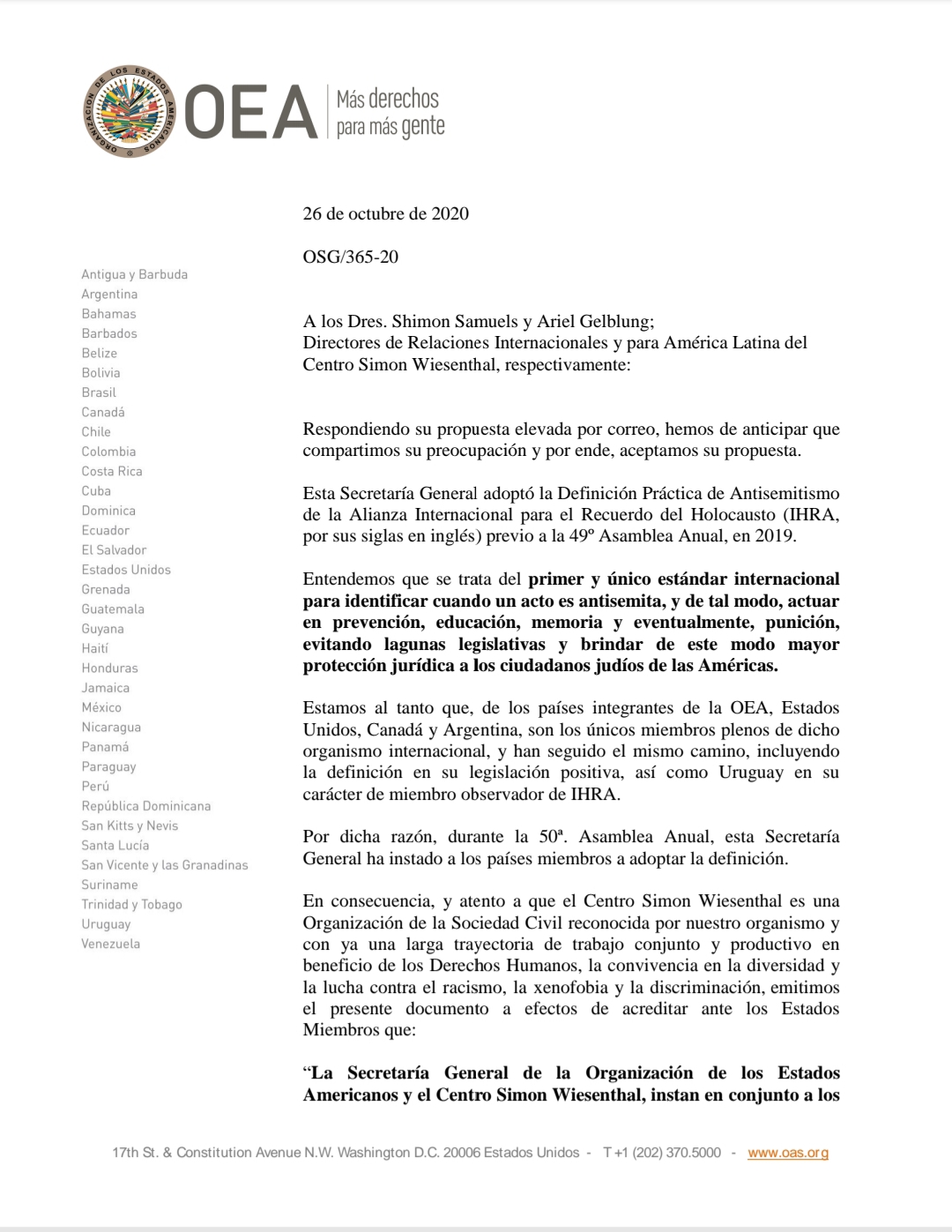 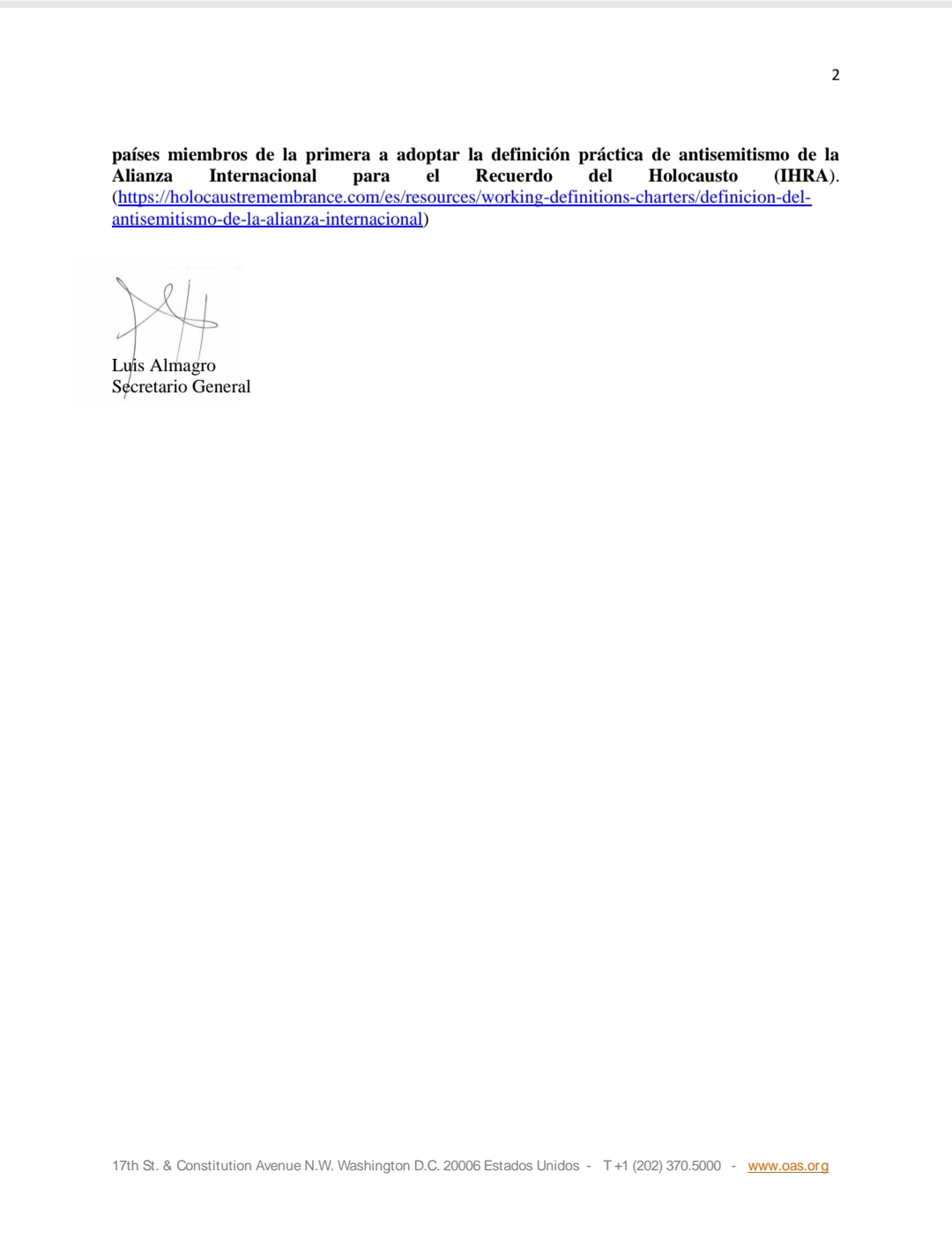 “This should be regarded as a privilege and an obligation - across a continent that is home to Jewish communities but also gave refuge to Nazi criminals and their accomplices - to join the Alliance in a timely manner. Nothing should prevent their adoption of this definition, as a concrete means to protect their citizens....We will address each OEA member state in due course”, concluded Drs. Samuels and Gelblung