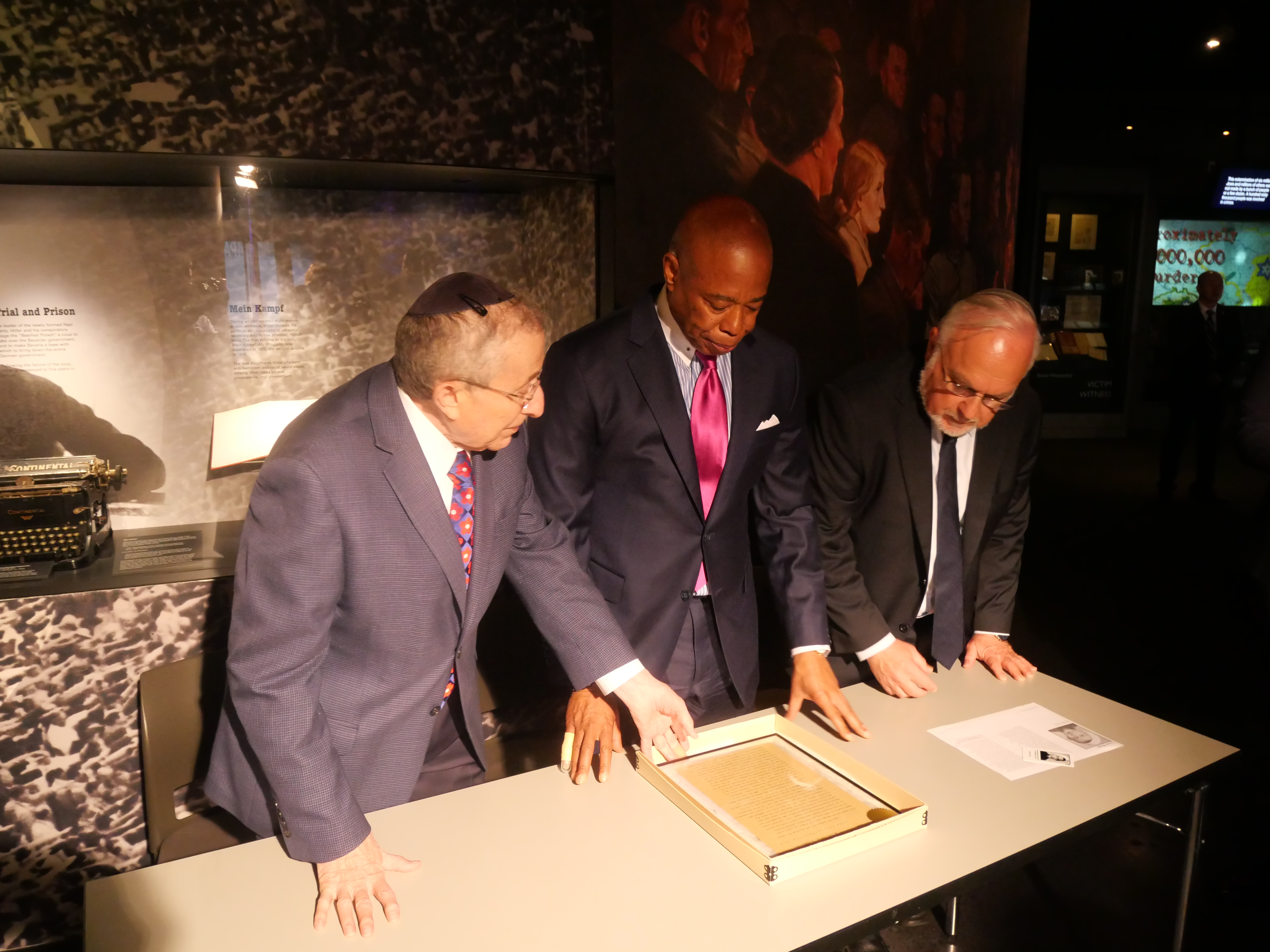 The Mayor also viewed the Museum’s latest permanent, interactive exhibit which examines the horrors inflicted on the world as a result of the Wannsee Conference.

Mayor Adams added his name to the many world leaders, prime ministers, and presidents to view The Hitler Letter, written over one hundred years ago by Adolf Hitler, on September 16, 1919, six years before Mein Kampf.

The letter, on display in the Museum of Tolerance, outlines Adolph Hitler’s plan calling for, “The uncompromising removal of the Jews altogether. It is a shocking reminder that anti-Semitism and hate are flourishing once again, only 70 years after the Holocaust. 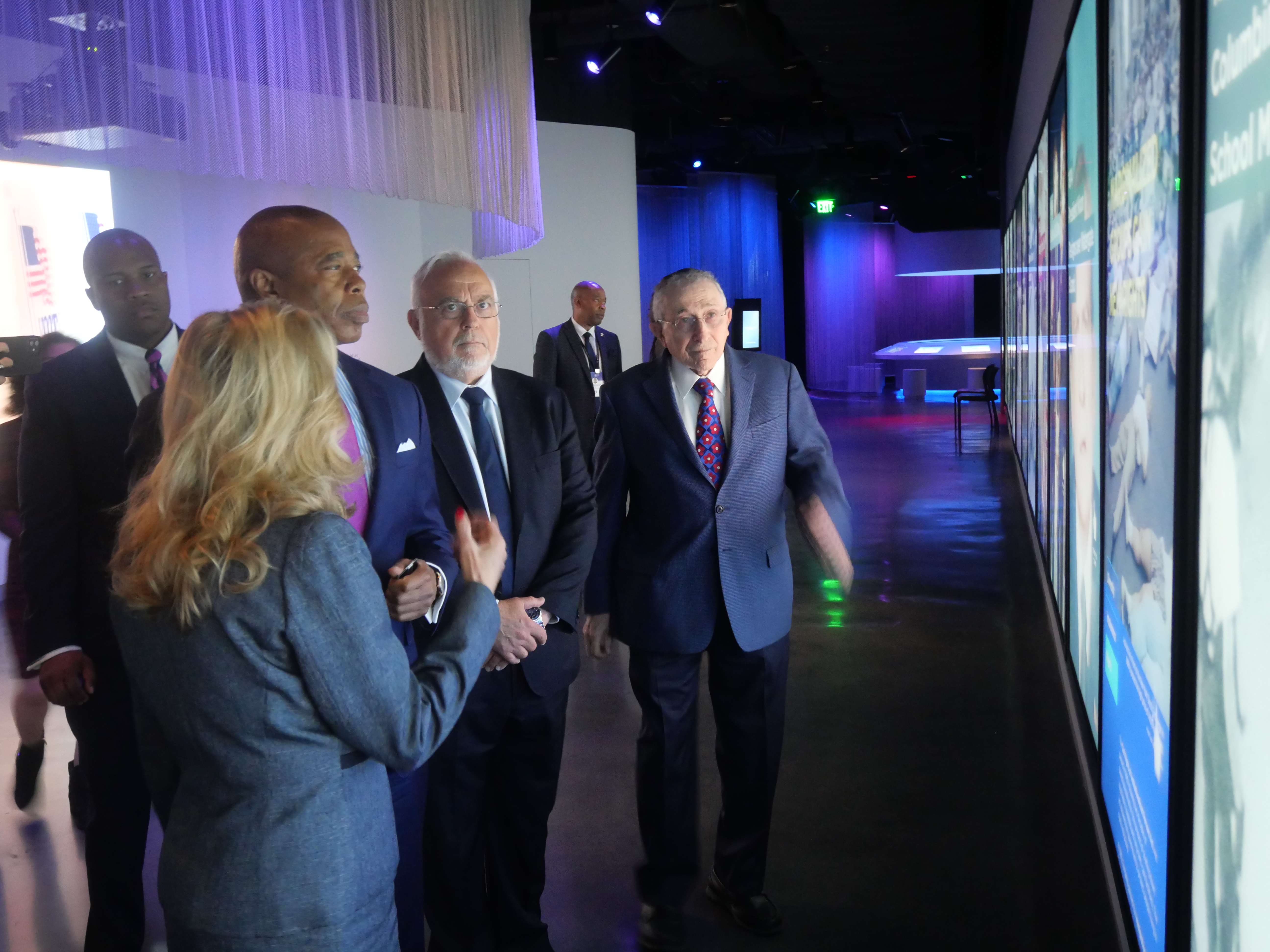 “Thank you for taking the time out to explain about your work which is very important. Your history. The way we see ‘never again’ is to prevent people from thinking it,” noted Adams.