From Chirac to Macron, France Commemorates its Dark History of the Shoah

Commenting on this year's commemoration of the 1942 Vél d'Hiv (the indoor cycle-racing track) round-up of Jews to be deported to their death, Dr. Shimon Samuels, Director for International Relations of the Simon Wiesenthal Centre, stated: "Eighty years ago, implementing the Nazi plans set out by the Wannsee Conference, the French police organized a mass round-up of Jews at the Vél d’Hiv. From there, after days of unbearable heat and total lack of facilities, they were to be sent to the transit camps of Drancy and Pithiviers, and then to Auschwitz by train."

"Of the over 13,000 arrested in Paris, most were foreign refugees who had fled to France in the late ‘30s from Eastern and Central Europe. Among them, over 4,000 children."

In a harrowing 1999 interview to the Simon Wiesenthal Centre European office, a French survivor recounted how her father hid her with friendly neighbours minutes before the entire family was manhandled onto lorries by local policemen and gone forever. She had risked walking by the Vel d’hiv to get a glimpse of those locked inside, then even walked to Drancy to exchange some final words with her brother through a fence.

Samuels reminded, that, "since the end of the War, guilt was piled over those known Vichy leaders – Petain, Laval, Doriot, Bousquet – who did the bidding of Nazi Germany. The complicity of informers, police, bureaucrats or banks had been ignored, until 1995."

At a groundbreaking commemoration on July 16, 1995, then President Jacques Chirac stated: “These dark hours sully our history forever, and are an insult to our past and our traditions. Yes, the criminal madness of the occupier was seconded by the French, by the French state. (...) France – the land of the Enlightenment and of human rights, of welcome and asylum – on that day, accomplished the irreparable.”

At the following 2002 elections, Chirac had to face off the leader of the extreme-right Front National party, Jean-Marie Le Pen, who was nostalgic for the collaborationist Vichy regime and a staunch Holocaust denier. 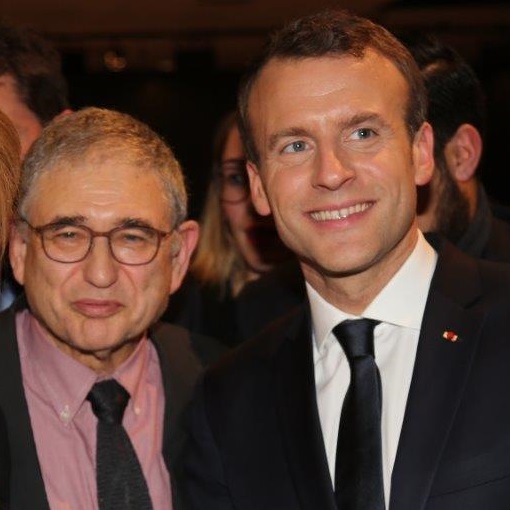 Yesterday, at a commemoration in Pithiviers, President Emmanuel Macron denounced former French leaders for their roles in the Holocaust and the Vel d’Hiv raids, adding: “We are not finished with antisemitism, from the walls of our cities... it is infiltrating social networks ... it inserts itself into debates on TV shows. It shows itself in the complacency of certain political forces. It is prospering also through a new form of historic revisionism, even denial... We will continue to teach against ignorance. We will continue to cry out against indifference.”

Macron had just won the Presidential bout against the extreme right – the daughter Marine Le Pen. Another candidate had even lauded Petain and Vichy for deporting “only” foreign Jews. These elections followed the recrudescence of anti-Semitic conspiracy theories and hate, fueled by the polarization around the Covid pandemic, the economic crisis and the geopolitical challenges.

"From Chirac to Macron, the past 30 years have seen an evolution in education, but sadly the withering out of direct witnesses. The transmission of that Memory is a key factor for the youth of France and of many other countries, especially as anti-Semitism confirms itself as a persistent virus, constantly mutating. It may be contained, but never disappears," concluded Samuels.