“Theodore Herzl’s creation of the Zionist movement not only honors the return of the Jewish people to their historic homeland but the rebirth of Judaism all over the world.”

The Simon Wiesenthal Center is proud to be present in Basel this week, taking part in the World Zionist Organization’s celebration of the 125th anniversary of the First Zionist Congress.

Dr. Shimon Samuels, SWC International Relations Director, pictured, addressed a crowd of approximately 600 people in Basel where he spoke about Herzl’s dream of a Jewish state and the impact and importance of the Jewish State in the world today. He also warned that today we cannot be blind to the Iranian regime’s intention of genocide. 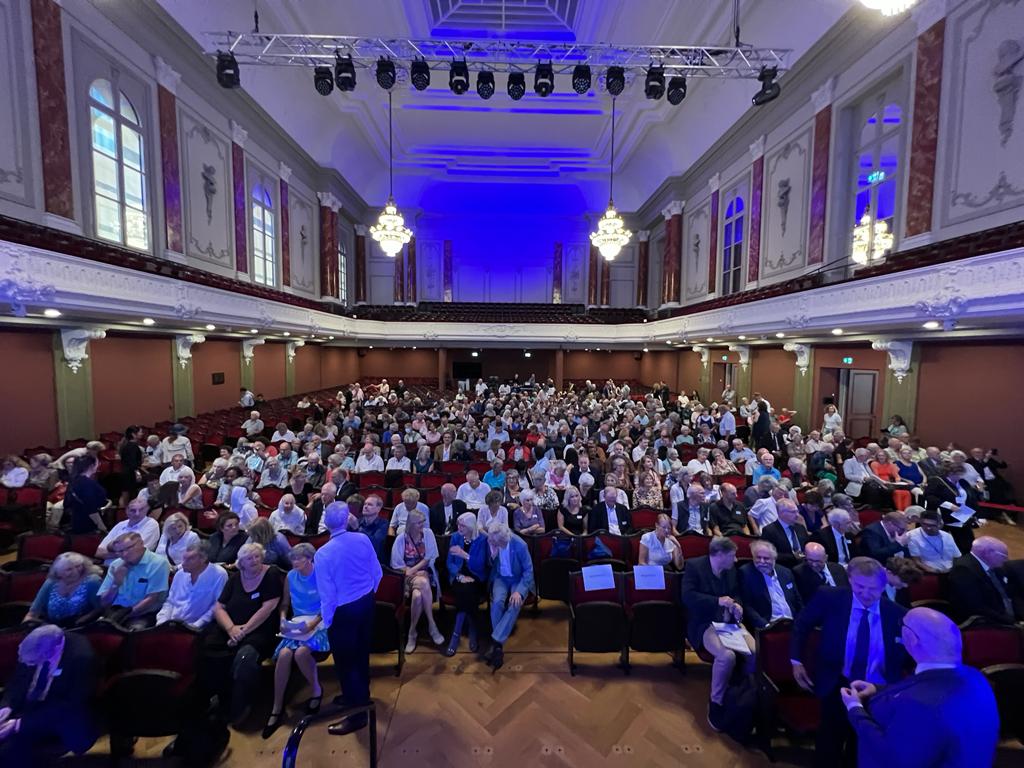