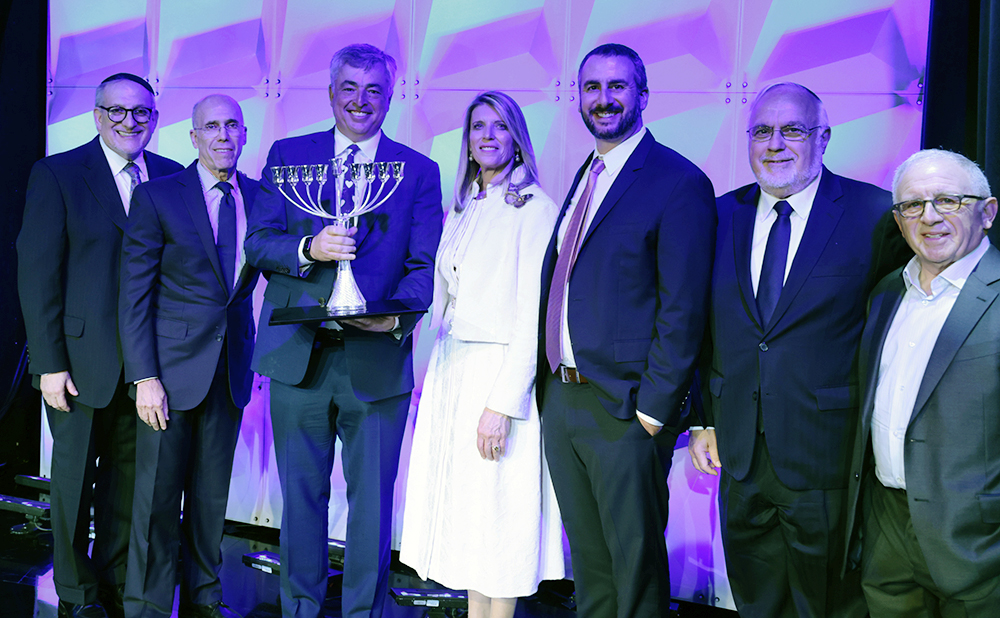 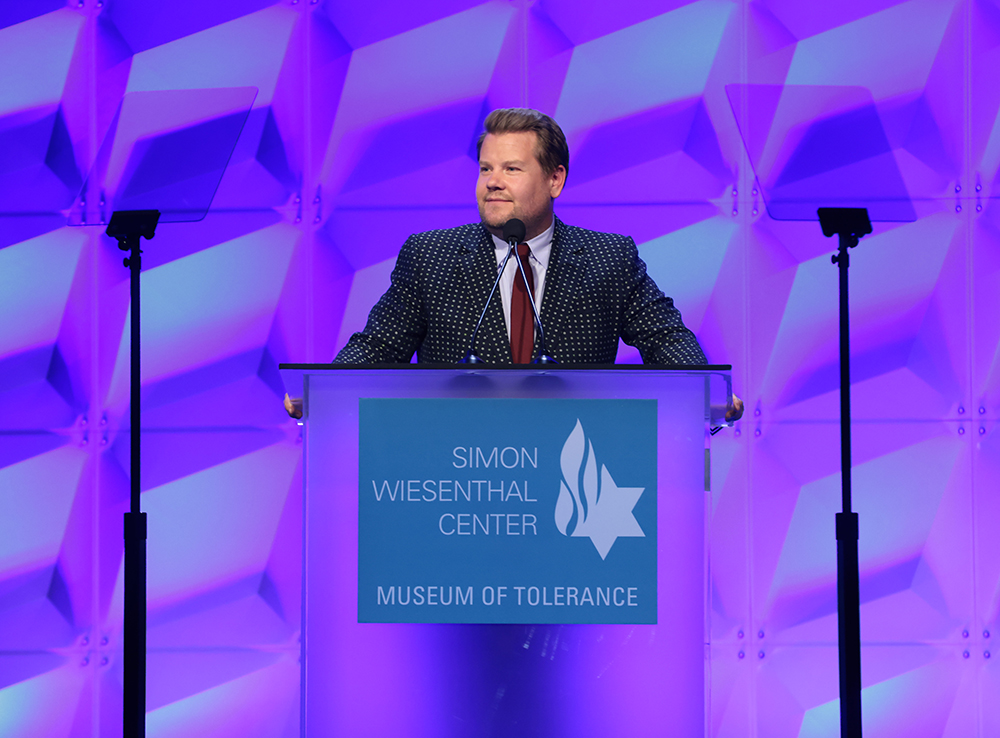 Master of Ceremonies James Corden thanked everyone for attending and for “supporting the vital work being done by the Simon Wiesenthal Center” (PHOTO: ABIMAGES) 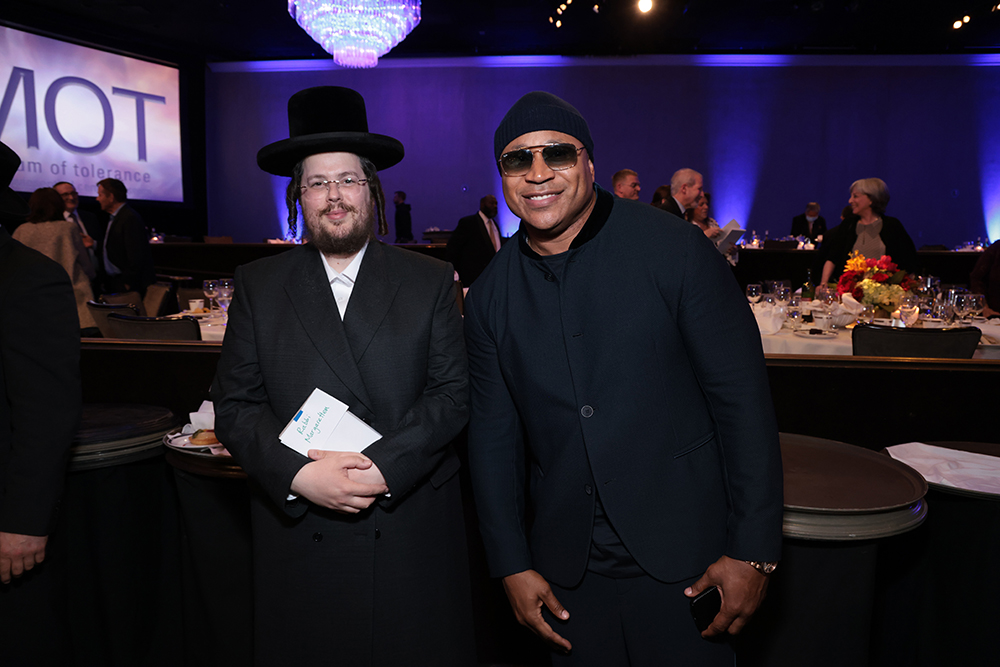 Also receiving honors were Ukrainian President Volodymyr Oleksandrovych Zelenskyy and the Ukrainian people (Medal of Freedom) in recognition of their courage and unyielding defense of democracy and Rabbi Moshe Margaratten (Medal of Valor), pictured left with American rapper/songwriter and actor, LL Cool J, for his humanitarian work saving the lives of hundreds of Muslims in Afghanistan as well as the lives of Ukrainians caught up in the horror of war. (PHOTO: ABIMAGES) 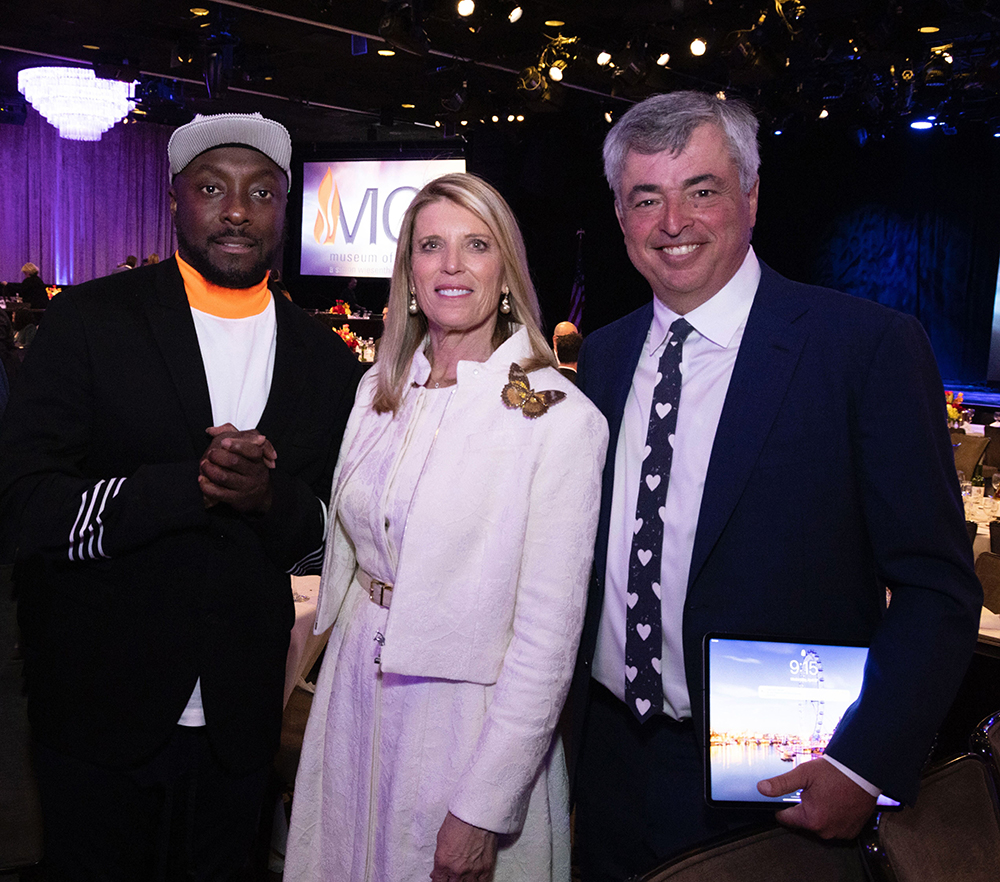 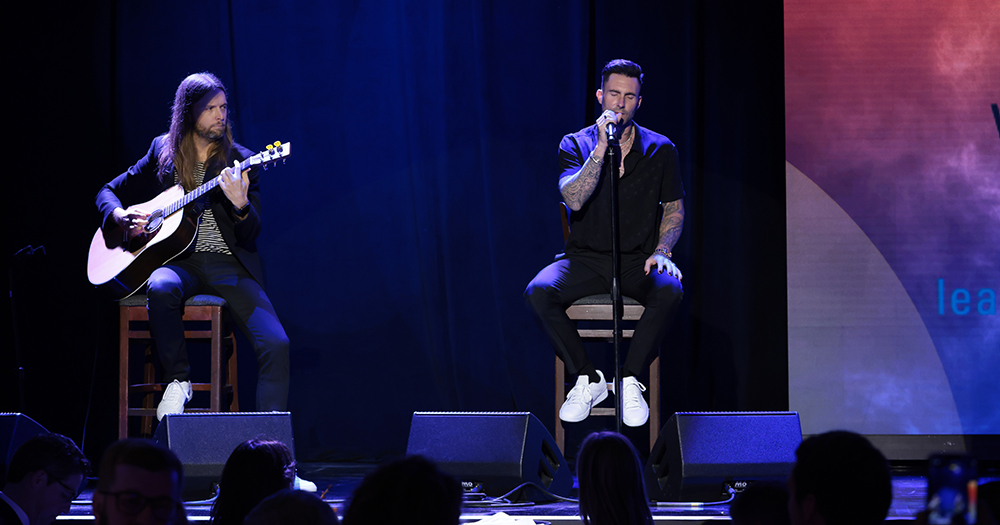 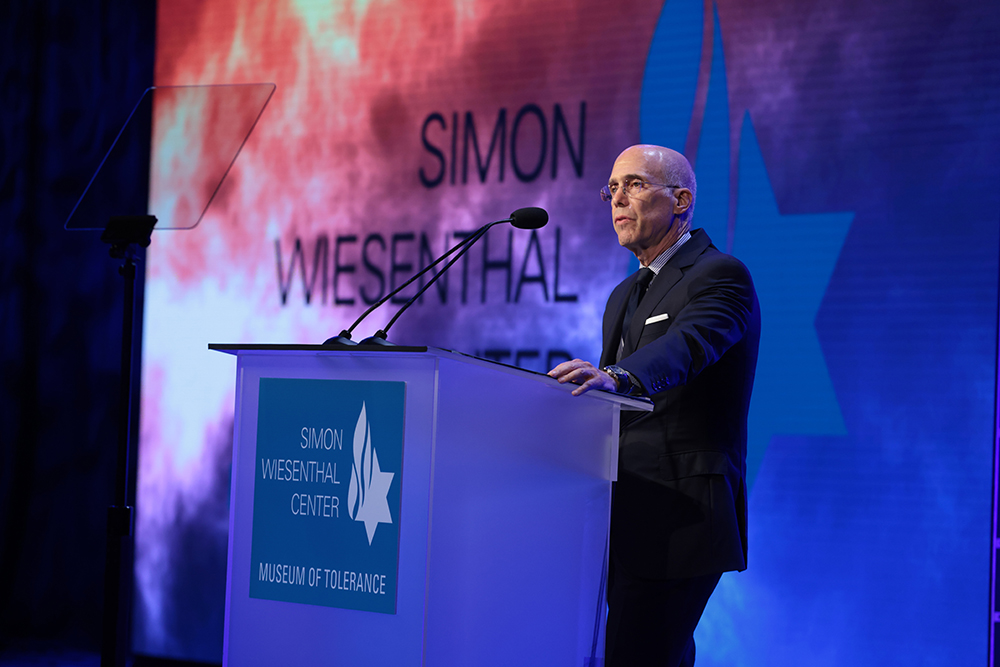 Jeffrey Katzenberg, who has chaired the Simon Wiesenthal Center’s Dinners for more than two decade, said, “intolerance has continued to be on the rise and today, almost no matter where we look, we see it vividly on display whether far off on the battlefields of Ukraine, or right here in Hollywood on the stage of the Dolby Theater. Which is why we need the SWC now more than ever. In keeping with all that the Wiesenthal Center stands for, it is my honor tonight to present the Center’s Humanitarian Award to Eddy Cue. Eddy has, in material ways, helped changed the world for the better... For some 25 years, Eddy has been essential to creating so much of the Appleverse we all value and enjoy…” 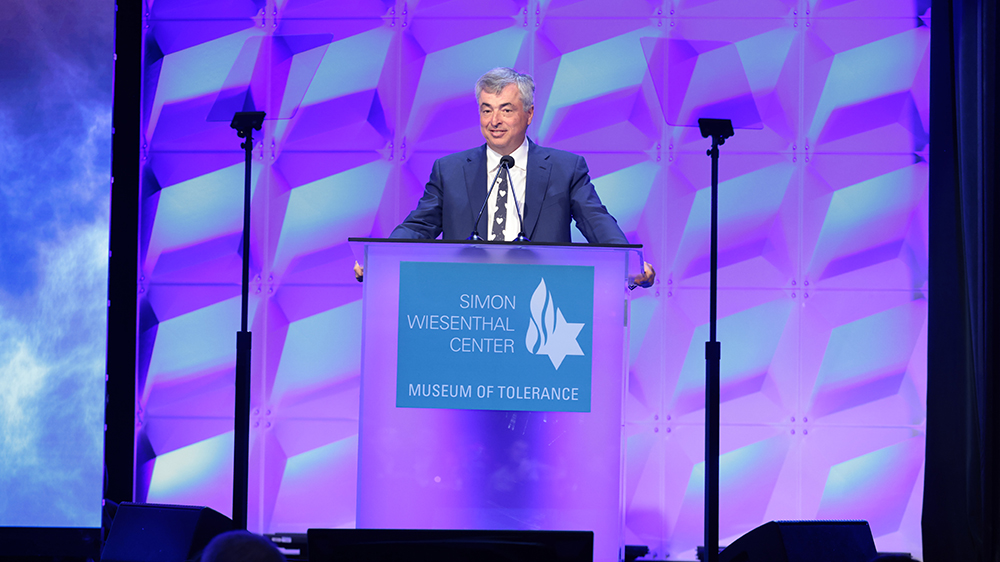 Eddy Cue: “It is deeply humbling to be part of an evening with President Zelenskyy and the Ukrainian people who are being honored here tonight. It is a stark reminder of why this Center’s work is so vitally important. For the past 45 years, this organization has been an essential leader in the fight for human rights, promoting tolerance and dignity for all. And ensuring that we remember and learn from the atrocities of the past so that we can prevent them from being repeated in the future. The Center’s enormous impact is a testament to Rabbi Hier whose tireless commitment to work is an inspiration to me and so many of you in this room and around the world. I stand here in awe of the work you are doing day in and day out.” 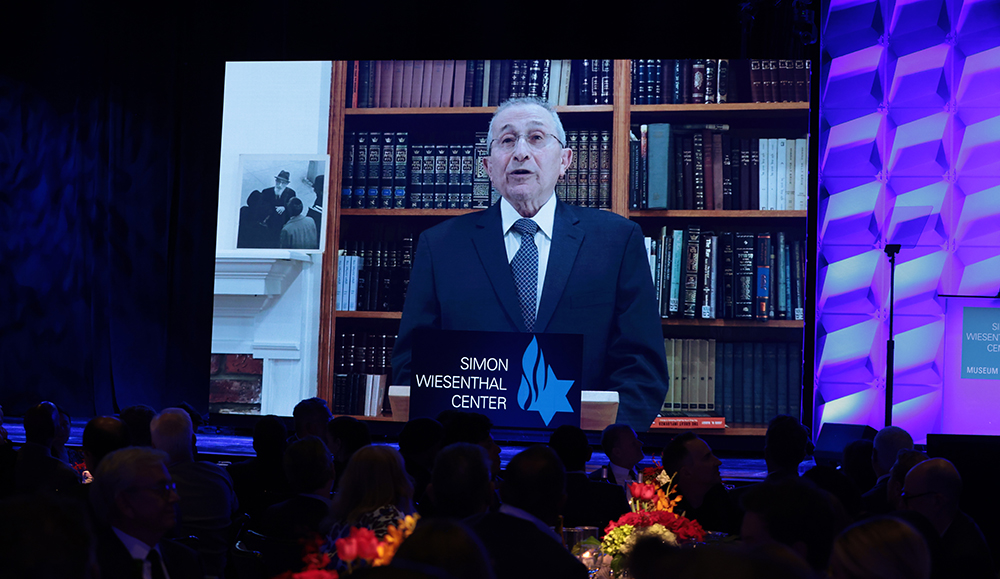 Rabbi Marvin Hier, SWC Founder and CEO and two time Academy Award®-winner: “If Simon were alive today, he would be shocked that England, the country that led the charge against Hitler, just released findings that at least 3 anti-Semitic crimes are committed in the country every single day…that France, a country that suffered so much under the Nazi regime, just reported a 75% increase in anti-Semitic attacks, 36% of the attacks carried out against Jews were by their own neighbors…in the heart of Berlin and other major cities, hundreds of protesters attended pro-Palestinian rallies, screaming dirty Jews and advocating violence against the State of Israel causing Berlin’s antisemitism commissioner to o say “Berlin has an anti-Semitism problem!”…how prevalent anti-Semitism is right here in America [with] a new report that anti-Semitism incidents have hit a 42 year high across the US…on the first day of Passover, anti-Semitic flyers were distributed all over Hollywood and Beverly Hills…in Lakewood NJ, one of the largest Jewish communities in the United States, an observant Jew was deliberately hit by a car, and [then] stabbed…Rev. Herbert Nelson II, the head of the Presbyterian Church in the United States, is a notorious anti-Semite…, the leaders of the West, are still so eager to make a deal with Iran on nuclear weapons, when they know very well that all of her leaders continue to deny the Holocaust." 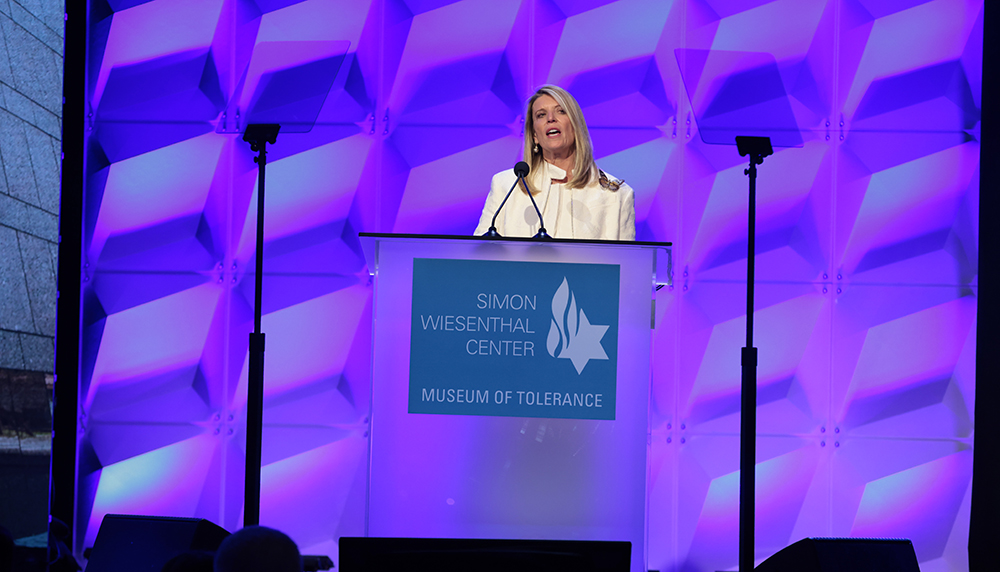 SWC Board Chair Dawn Arnall: “We are living in a world in which the darkness of bigotry and hate is manifested daily in the lives of people in and beyond the United States. The plague of anti-Semitism is more contagious today than at any time since the atrocities of the Holocaust, more than seven decades ago. As believers in and supporters of the Simon Wiesenthal Center, we have the responsibility and the means to make our voices heard above society’s confusion and complacency. We are at a seminal moment in world history when the forces of reason and understanding must triumph over evil and hatred. But for this to happen, it will depend upon us."

The gala was a record breaking event raising over $3.7 million to support the global work of the Simon Wiesenthal Center and the Museum of Tolerance in Los Angeles.

The Simon Wiesenthal Center is an international Jewish human rights organization numbering over 400, 000 members. It holds consultative status at the United Nations, UNESCO, the OSCE, the Council of Europe, the OAS, and the Latin American Parliament (PARLATINO).