Wiesenthal Centre Open Letter to United Nations Secretary-General: âI.D. theft of the Jewish and Christian Heritage is how âPalestineâ seeks its validation."Â 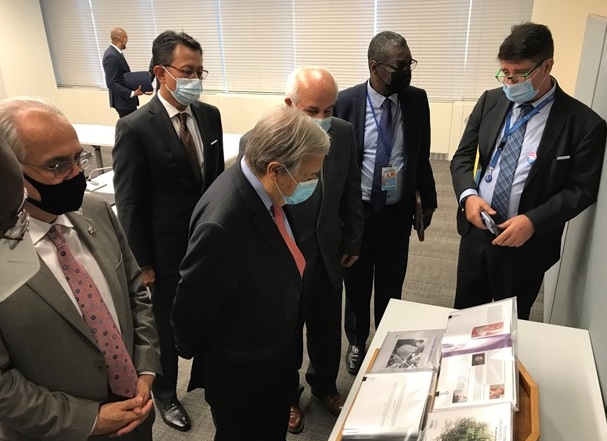 Organized by the UN Committee for the Inalienable Rights of the Palestinian People (CEIRPP) and Organization of Islamic Cooperation (OIC), the exhibition is set 29 November, the date of the UN 1947 Partition Resolution for two states - Israel and ‘Palestine - but rejected by the Arab and Muslim world.

Mr. Secretary-General, this follows the I.D. theft of the heritage of the Jewish people and Christianity at the annual UN World Heritage Committee. I have attended each meeting since the 2011 entry of “Palestine” that turned it into a battlefield of I.D. theft... Some examples:

2012: the Church of the Nativity and the Bethlehem Pilgrimage Route ;

2015: the Western Wall or Kotel for the Holiest shrine for Judaism, replaced by the Muslim “Buraq Wall” ;

2016: the Temple Mount, renamed only in its Islamic identity as Haram esh-Sharif (“the Noble Sanctuary”) ;

2017: Hebron and the Tomb of the Patriarchs (Machpela Cave) ;

Among the Palestinian list of future claims are the Qumran Caves and the Dead Sea Scrolls.

I.D. Theft is how “Palestine” seeks its validation through the theft of the Jewish and Christian narratives. Through supersessionism comes an imperative for deletion of the target from history and geography.

In a taxonomy of antisemitism, “I.D. theft” is a tool of genocidal intent to erase the Jewish State from time and space.

Your presence, Mr. Secretary-General, at a Palestinian book exhibition that threatens a full member of the UN, the State of Israel, is - perhaps unwittingly - a travesty. Even as another UN agency, UNWRA, publication of text-books that incite “Palestinian youth” to Jew-hatred and calls for Jihad.

We urge you, Mr. Secretary-General, to be absent from the 29 November UN ceremony for the destruction of the UN member State of Israel.