Buenos Aires and Paris - The President of Colombia, Iván Duque, announced that his country joins the efforts of the Organization of American States in the fight against anti-Semitism, by adopting the International Holocaust Remembrance Alliance (IHRA) definition. 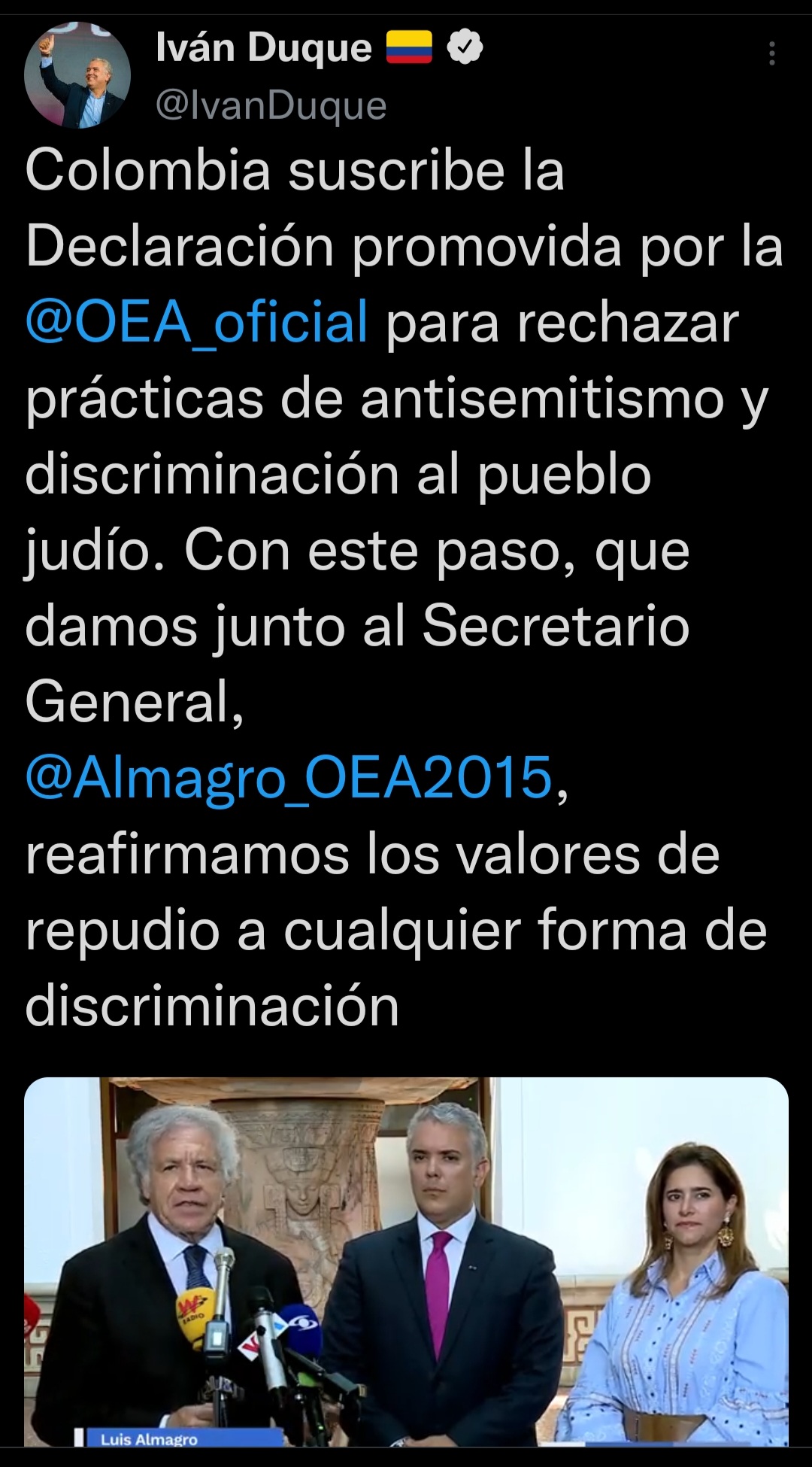 The campaign of the OAS General Secretariat and the commitment of its Secretary-General, Luis Almagro, is reflected in the document signed in 2020, alongside the Simon Wiesenthal Centre, urging the member states of the region to adopt the definition. 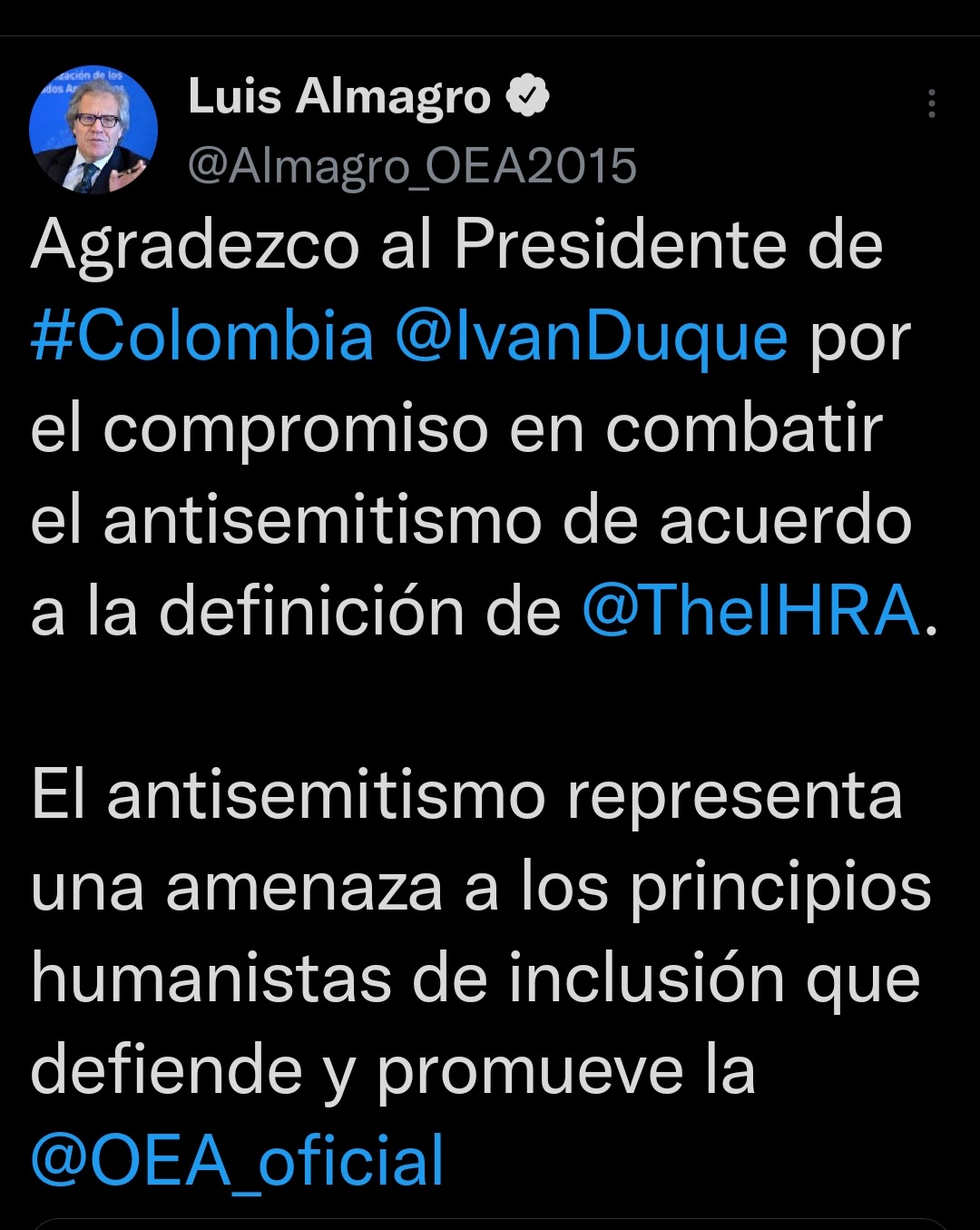 Most of Latin America is gradually taking an active role in containing anti-Semitism, by first identifying the problem in order to protect its Jewish communities”' ..."Those countries that reject the definition, perhaps out of 'Iranian pressure' or from extreme left or right extremism, will show their true colours vis-à-vis antisemitism,” stated Dr. Shimon Samuels, SWC's Director for International Relations.

Dr. Ariel Gelblung, Director for Latin America, concluded: “Soon, with the shared effort of this office together with the OAS, Latin America will have a Manual for the Application of the Definition of Antisemitism for Public Officials. This input will help to develop public policy, legislation, education and eventually guide the appropriate authorities on penalties for anti-Semitic crimes. SWC welcomes Colombia to the group that already counts Argentina, Uruguay, and Guatemala.”