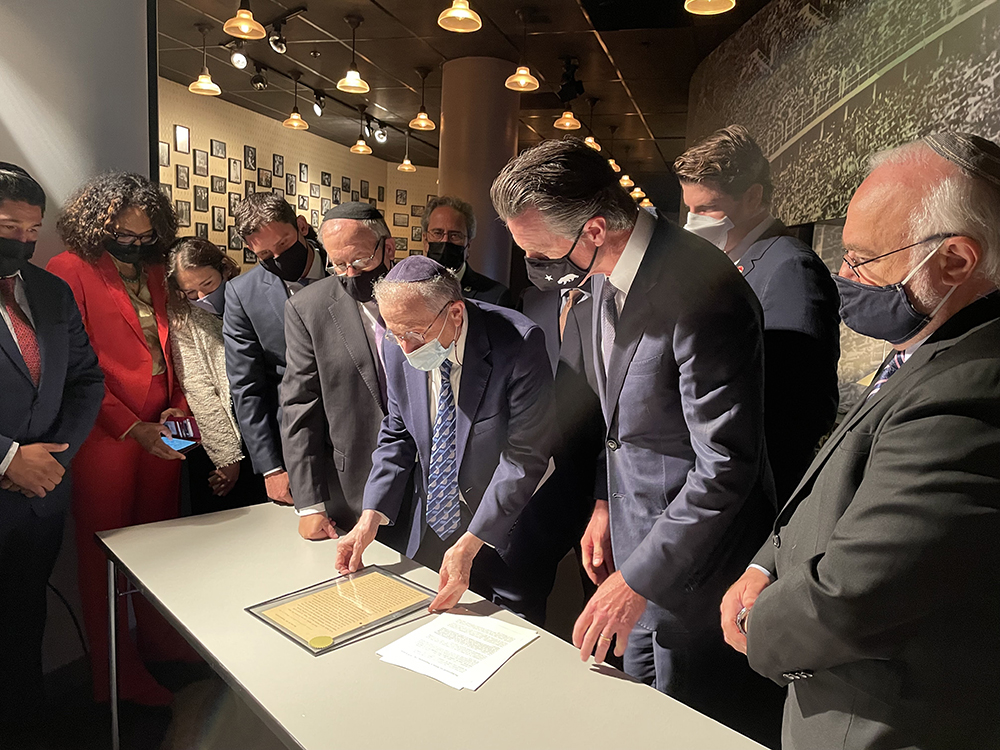 California Governor Gavin Newsom toured the Simon Wiesenthal Center Museum of Tolerance’s newly launched Social Lab as well as one of the crown jewels of the Museum’s archival collection The Hitler Letter.

Calling the new Nelson and Claudia Peltz Social Lab “remarkable” and saying he felt “humbled by the power of the museum experience,” Governor Newsom said he regretted not having visited the innovative, 10,000 square foot, state-of-the-art installation sooner. The Social Lab was made possible by the State of California.

The Governor added his name to the many world leaders, prime ministers, and presidents to view The Hitler Letter, written over one hundred years ago by Adolf Hitler, on September 16, 1919, six years before Mein Kampf.

The letter, on display in the Museum of Tolerance, outlines Adolph Hitler’s plan calling for, “The uncompromising removal of the Jews altogether. It is a shocking reminder that anti-Semitism and hate are flourishing once again, only 70 years after the Holocaust.

Since acquiring The Hitler Letter, it has been seen by tens of thousands of Museum visitors as well as by notable dignitaries, celebrities, and politicians and it is used as a teaching tool in the Museum’s robust educational programs.