The  Mayor of Buenos Aires, Horacio Rodríguez Larreta, received the Center to honor Simon Wiesenthal’s memory on the occasion of the 15th anniversary of his death.

Mayor Rodríguez Larreta highlighted the importance that his administration gives to inclusion and diversity policies, recalling that during its previous term, the Center had obtained from the Legislature declarations on the promotion and defense of human rights for its 11-Point Program Against Racism, Xenophobia and Discrimination in Sport and for the Simon Wiesenthal Foundation on Holocaust and Antisemitism at the National Library. 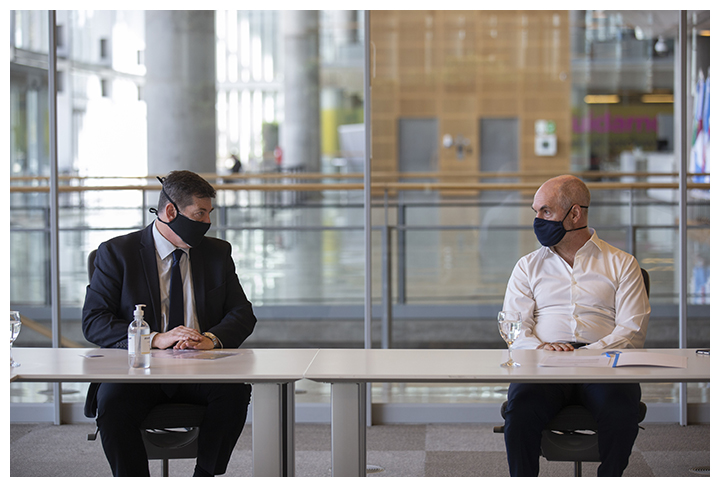 Dr. Ariel Gelblung, Wiesenthal Center’s Director for Latin America, presented the Mayor with a copy of the "Gemlich Letter", the first document written in 1919 by Adolf Hitler, in which Hitler already outlined his anti-Semitic plans for extermination of the Jews.

The Centre invited the Mayor to see the original letter on a future visit to the Museum of Tolerance at Los Angeles Headquarters when health conditions permit.
Buenos Aires City Undersecretary of Human Rights and Cultural Pluralism, Pamela Malewicz, noted that the Center had proposed granting the name of Simon Wiesenthal to a public space in the city. Rodriguez Larreta gave his approval to move forward with the project. 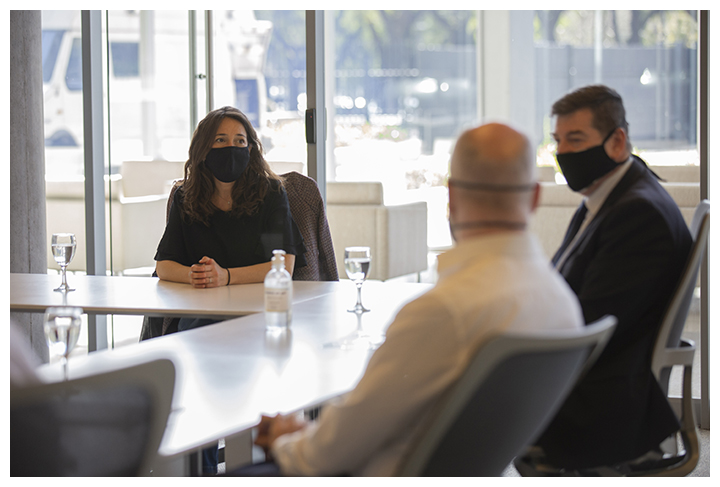 The Centre's Director for International Relations, Dr. Shimon Samuels, commented: “We are delighted that the municipality of Buenos Aires - the seat of our Latin American office since 1993 - will now follow the example set by Paris, which commemorated a square in the City of Light in the names of Simon and Cyla Wiesenthal ...The plaque should clearly note the role of Wiesenthal, in order to attract school classes on the dangers of incitement to hate."

“The citizens of Buenos Aires are aware of the legacy of Simon Wiesenthal, who was there when no International Courts promoted his credo of 'Justice, Not Vengeance'. Today's Argentina accepts responsibility for granting refuge to many of the Nazi criminals and their accomplices brought to justice by Simon Wiesenthal,” stated Dr. Gelblung.

The Simon Wiesenthal Center is one of the largest international Jewish human rights organizations with over 400,000 member families in the United States. It is an NGO at international agencies including the United Nations, UNESCO, the OSCE, the OAS, the Council of Europe and the Latin American Parliament (Parlatino)