TEL AVIV - The Israel and British Commonwealth Association (IBCA) was hosted by H.E. Neil Wigan, the British Ambassador to Israel, at his residence and launched the inauguration of events to commemorate the 104th Balfour Declaration of 1917, which committed the then British Government to creating a homeland for the Jewish people in "Palestine". 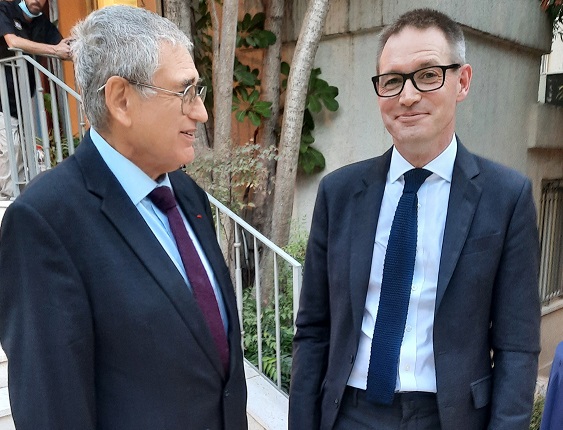 Wiesenthal Centre Director for International Relations, Dr. Shimon Samuels, who attended the event, reflected on the significance of November in the Jewish calendar:

- 9 November 1938: Kristallnacht, the Night of Broken Glass, "the Prelude to the Holocaust"

The Wiesenthal Centre has been monitoring a Palestinian threatened lawsuit against the United Kingdom for so-called “damages generated by the Balfour Declaration.” Their demand is an expression by London for “recognition and accountability.” The British Government has dismissed the claim, though it persists as an issue on social media.