BUENOS AIRES + PARIS − In September 2020, the Argentine Football Association (AFA) adopted the International Holocaust Remembrance Alliance (IHRA) Definition of Anti-Semitism as a way of bearing witness to the commitment against any form of hatred, discrimination or racism.

The Professional Football League (LPF) -  affiliated to the AFA - brings together the clubs of the first division and manages its championships, stated that “among the greatest scourges that threaten social coexistence in the world are racism, anti-Semitism, discrimination and hatred " 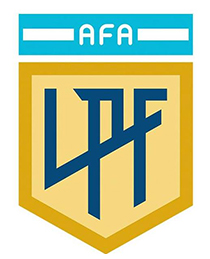 Based on this premise, it issued a notice that "the Professional Football League invites its member clubs to individually declare their adoption of the aforementioned definition as a way to educate, raise awareness and promote the values of coexistence in diversity."

The LPF also invites its members to “organize joint activities with the Simon Wiesenthal Center for this purpose. Among them, it is proposed to create the SIMON WIESENTHAL award. This will be presented at the end of each LPF championship to the leadership, team or player that contributed the most to promote the values.described above.

Dr. Shimon Samuels, Director for International Relations of the Wiesenthal Center, added that “Argentine soccer has been a pioneer in promoting  coexistence. Working with AFA, we have empowered the referee to suspend a match whenever racist, xenophobic or discriminatory chants are heard.  We then globalized this right through FIFA, as a natural best practice."

“We take pride in working with clubs based on building bridges and not division. At the end of each tournament, we will judge whom to reward for transmitting those values. We applaud the partnership with the Professional Football League as a great honor,” concluded Dr. Ariel Gelblung, Center’s Director for Latin America.