"The Fair's official website offers a link to purchase, at the online bookstore,(Safahat Publishers of Syria) 'The Synagogue of Satan: The Secret History of Jewish World Domination'."

Samuels noted the Centre's annual monitoring of hate at international book fairs, focussing on the just-opened Arab Book Fair in Malmö, Sweden. "Due to its notoriety for Jew-hatred and the fact that local police had not arrested any of the perpetrators, the Centre's Associate Dean and Global Social Action Director Rabbi Abraham Cooper, in 2010, imposed a 'Travel Advisory' on Malmö."

The Malmo Arab Book Fair is now digital until 6 November but open with a physical calendar of events and displays from 30 October until 1 November.

Safahat Publishers is an online Arabic bookstore based in Sweden, which sells numerous other antisemitic titles as per the following Instagram post: https://www.instagram.com/p/CAMj8ibhahi/

"May 15, The Nakba Anniversary - Rape of Palestine and the creation of the Usurping Zionist Entity....(We) are Coming Back" 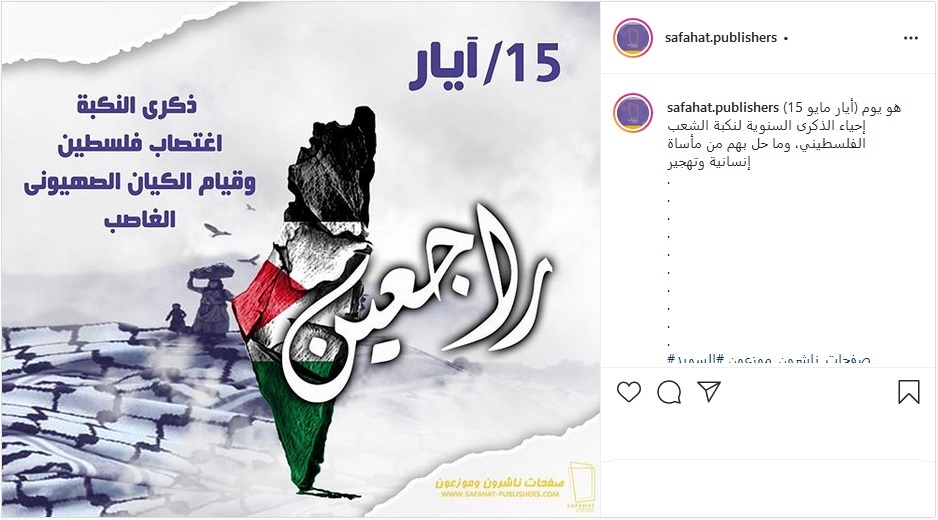 The Fair's principal partner is the Swedish Arts Council (KulturRadet) and its venue is the Malmo Public library:
https://www.arabiskabokmassan.se/partners

The Centre called upon ECCAR to take appropriate action as a case study for its member cities.