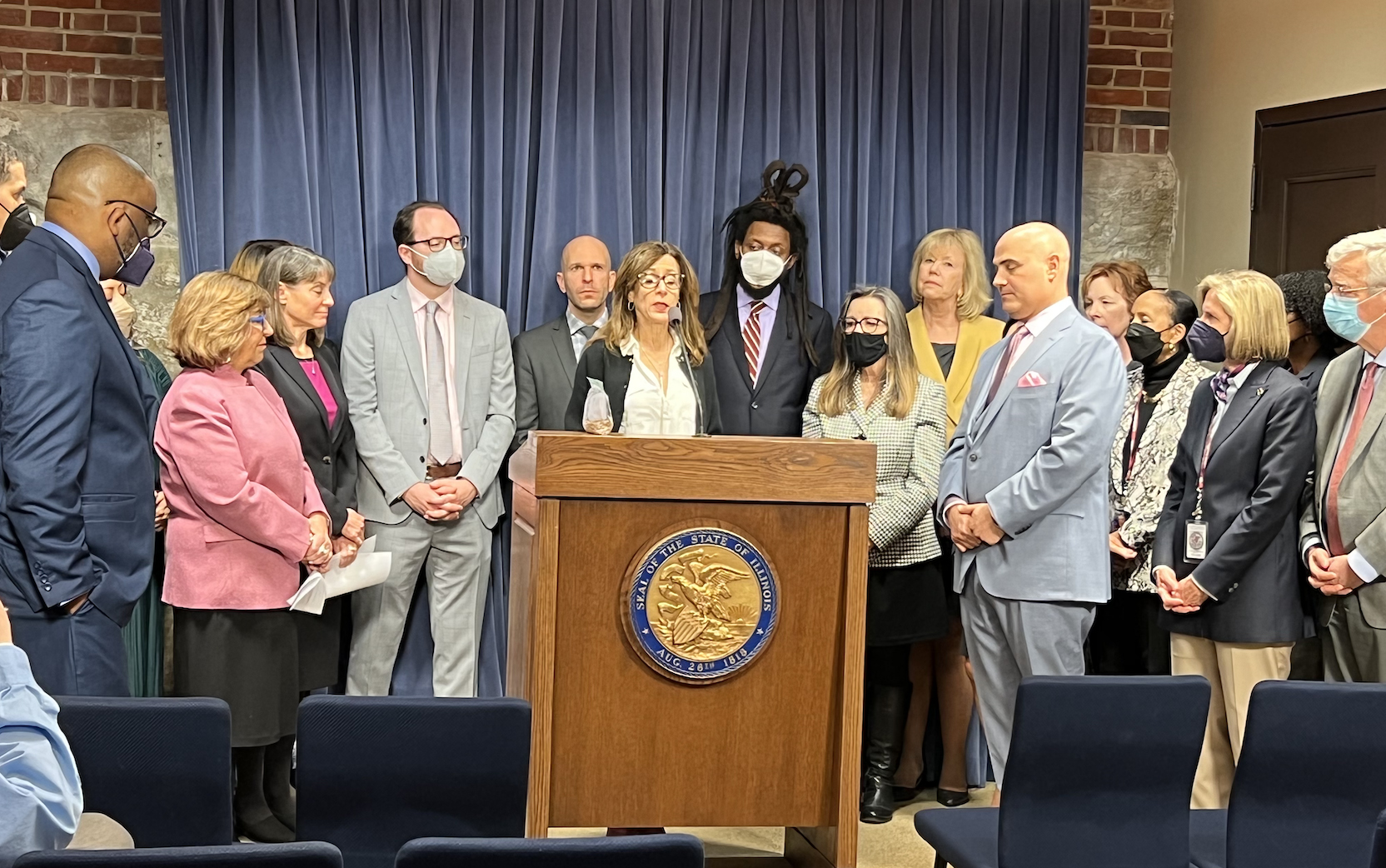 “We need to take bigots at their word and ensure our elected officials are safe and to investigate the sources of these serial attacks,” said Pure-Slovin. “The Simon Wiesenthal Center calls for a special Illinois task force on anti-Semitism and reiterates its call to FBI Director Christopher A. Wray to establish a special FBI National Taskforce on anti-Semitism to help us beat back this scourge of hate."

"Little did we know then, that in addition to desecrations of synagogues, vandalism, and violent attacks against Jews in Chicago, we would be standing here today condemning hate-mongering flyers targeting Illinois elected officials including Governor J.B. Pritzker, US Representative Jan Schakowsky, US Representative Brad Schneider, Illinois State Senator Laura Fine, and law enforcement agents, each a proud Jew,” added Pure-Slovin.

In recent months, there has been a spate of anti-Semitic hate flyers distributed in communities across the US and their messages populate social media 24/7.

The Simon Wiesenthal Center endorses calls for a special Illinois Taskforce on anti-Semitism and reiterates its call to FBI Director Wray to establish a Special FBI National Taskforce on Anti-Semitism to help us beat back the scourge of hate.

Wiesenthal Center officials will be returning to Chicago in two weeks to share the SWC’s 2022 Digital Terrorism and Hate Report that exposes how social media platforms are manipulated by anti-Semites and racists to spread their hateful and violent agendas and to recruit young people to their toxic causes.