The resolution resulted in the Ministry of Foreign Affairs invitation to public and private organizations to join, thus making a clear commitment to the memory of the victims of the Holocaust and to combat anti-Semitism in a clear and concrete way today.

Since then, the different provinces and cities throughout Argentina have followed in adopting the Definition.

The National University of Cuyo, which the Wiesenthal Center slammed for various acts of anti-Semitism in May 2019, has become the first in Latin America, to use the definition to now condemn those acts publicly in November.  (http://www.wiesenthal.com/about/news/swc-commends-argentinas-cuyo3.html) 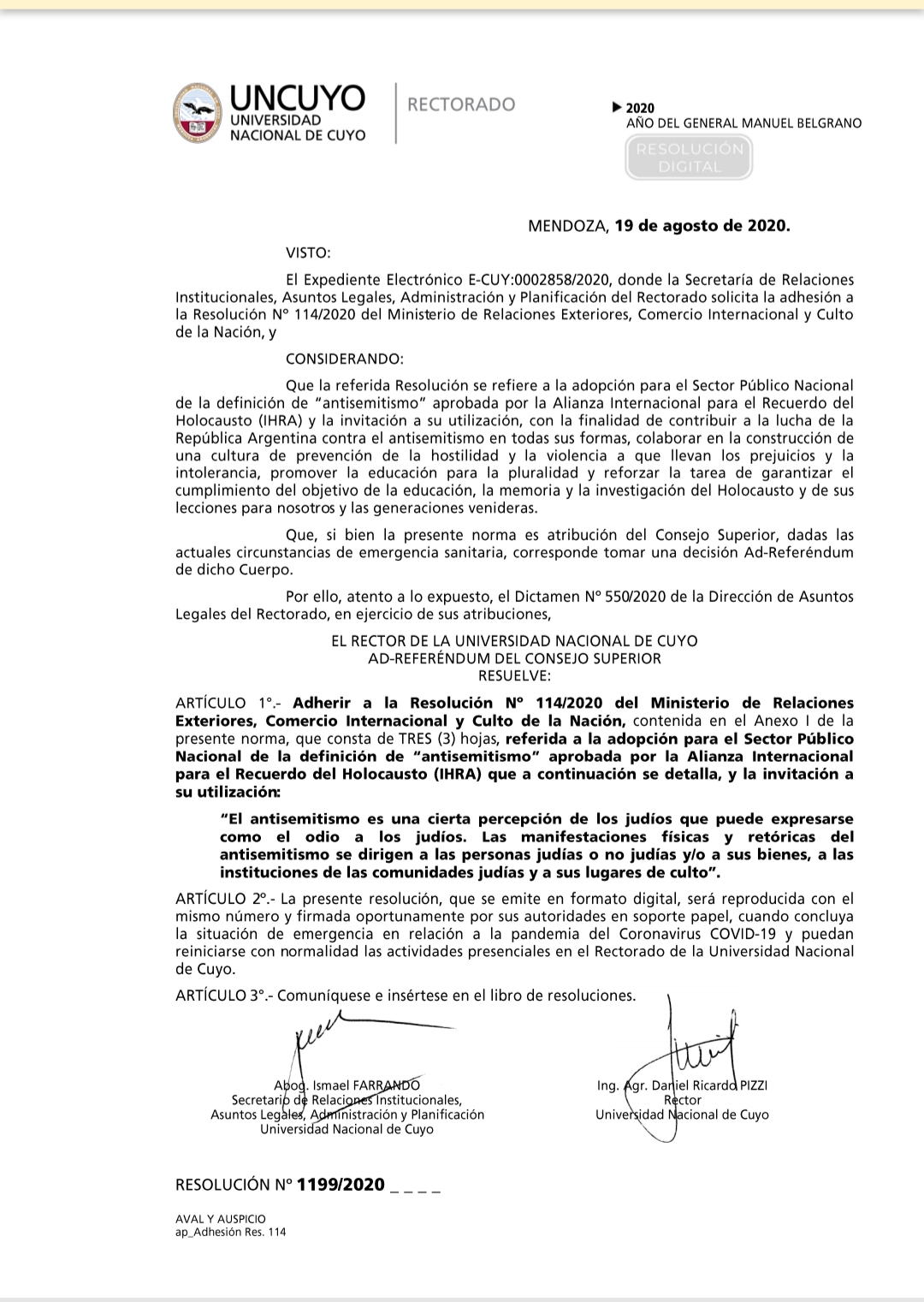 "The National University of Cuyo has proven itself to be at the forefront of the fight against anti-Semitism on the continent, today adopting the IHRA working definition...We applaud this reversal," stated  Dr. Ariel Gelblung, Wiesenthal Center`s Director of the Wiesenthal Center for America Latin.

Dr. Shimon Samuels, Director for International Relations added that “we hope that universities throughout the region will emulate the National University of Cuyo to curb the spread of anti-Semitic activities on campus...Hatemongering in academia has spread exponentially from threat to violence...Hate is not freedom of expression...Hate is not a human right”. "