2019 Spirit of Courage benefit recognizes the best and bravest in Chicago and around the world.

LOS ANGELES, CA, Thursday, May 23, 2019—Close to 400 guests attended the Simon Wiesenthal Center (SWC) Midwest Region’s 2019 Spirit of Courage Benefit dinner at the Ritz-Carlton in Chicago last night. The Center bestowed its highest honor, the Humanitarian Laureate Award, on Nikki Haley, U.S. Ambassador to the United Nations (2017 – 2019) for her courage and compassion in protecting global human rights and the state of Israel. 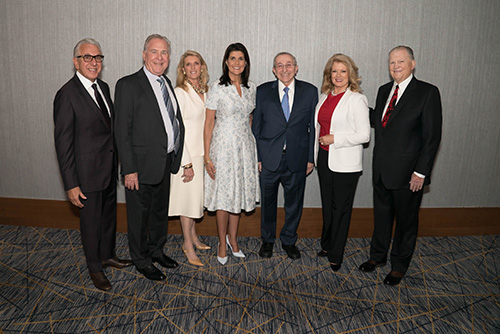 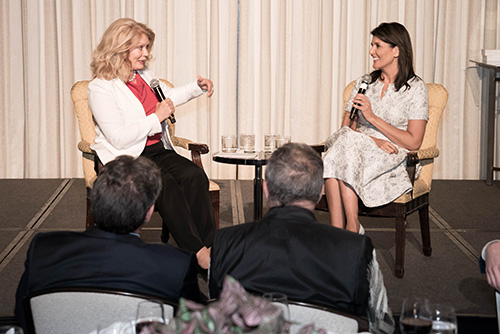 Ms. Haley and Mary Hart, SWC Trustee and television personality, had an inspiring conversation on Haley’s upbringing in an Indian immigrant family and the struggle of being an “other” in American society. Haley shared how this experience made her stronger and to take true pride in being an American. Ms. Haley also discussed the current negative political atmosphere and articulated that while it’s bad, we should recognize that we all have more in common than different. “There is true evil in the world and we must come together to fight for human rights around the world,” Haley told guests. “Nikki Haley personifies the legacy of Simon Wiesenthal, who reminded the world that freedom is not a gift from heaven, rather, it is something that we must fight for each and every day,” said Rabbi Marvin Hier, SWC Founder and Dean. 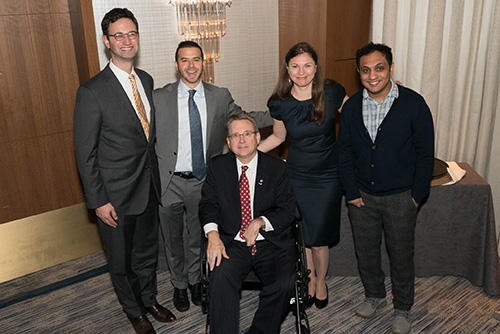 Dominic DiFrisco, a well-known leader of the Chicago-area Italian-American community, who recently passed-away was posthumously awarded the Community Leadership Award. DiFrisco dedicated his life to building bridges between communities, supporting tolerance education, and fighting against discrimination in all its forms. “Dominic was a giant amongst men with the soul of an angel,” said Alison Pure-Slovin, SWC Midwest Region Director. Medal of Valor Awards were given to Mohammed Al Samawi, Megan Hallahan, Justin Hefter and Daniel Pincus—the individuals featured in the best-selling memoir, "The Fox Hunt", where Mr. Al Samawi’s life is saved from the brutal civil war in Yemen with the help of a daring plan engineered on social media by a small group of interfaith activists; Hallahan, Hefter, and Pincus.