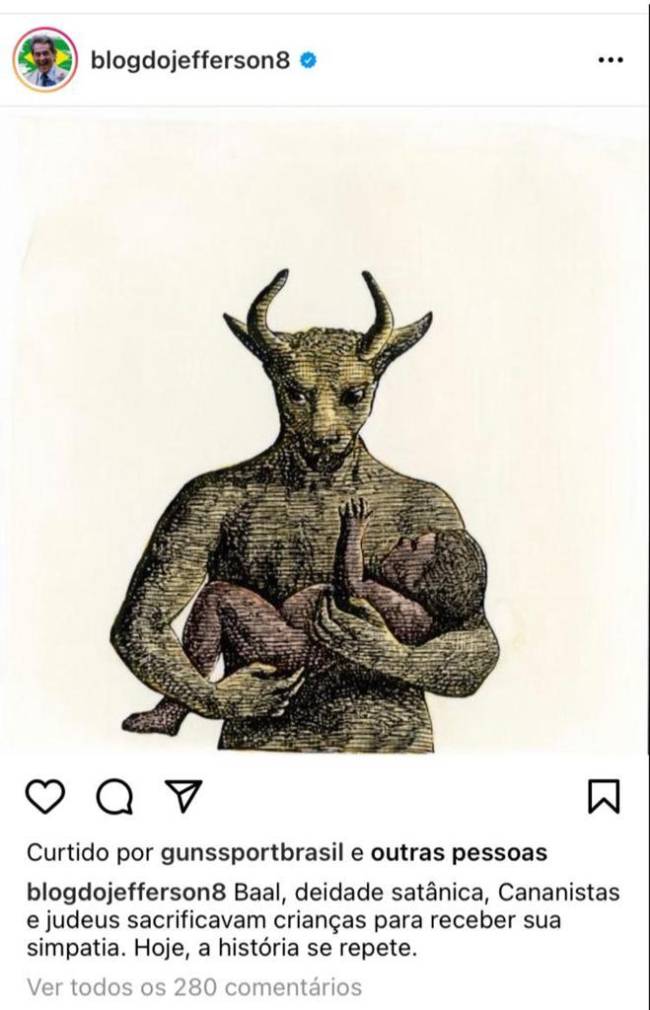 Jefferson, who a week ago also attacked the LGBT community on social media, will face a criminal suit  by CONIB (National Jewish Confederation of Brazil)

"The Wiesenthal Center supports the action of CONIB and demands that the Brazilian judicial authorities act to impose the highest penalty for a despicably antisemitic incitement, aggravated by a politician/hatemonger," stated the Director for Latin America, Dr. Ariel Gelblung.

Dr. Shimon Samuels, Director for International Relations of the Wiesenthal Center added that, “Today, Brazil was one of only six states to vote against an anti-Israel resolution – introduced by Chile, Pakistan,Venezuela and Palestine – at the United Nations Human Rights Council in Geneva... It is ironic that a Brazilian politician, in parallel, takes the path of antisemitic blood libel... Brazil should respond to the call of both the Organization of American States [https://www.wiesenthal.com/about/news/organization-of-american-1.html] and the Wiesenthal Centre to adopt the Definition of Antisemitism of the International Alliance for the Remembrance of the Holocaust (IHRA) as a legal arm to counter such political hate campaigns incompatible with a democratic regime."

"Brazil should now follow the path of Uruguay, Argentina and Guatemala in adopting the definition," concluded the Centre officials