BUENOS AIRES + PARIS - Last Sunday, the main Chilean newspaper, El Mercurio, published a profile of Hermann Göring, without any reference to his role in Nazi atrocities.

The Jewish Community of Chile immediately condemned the publication on Twitter. 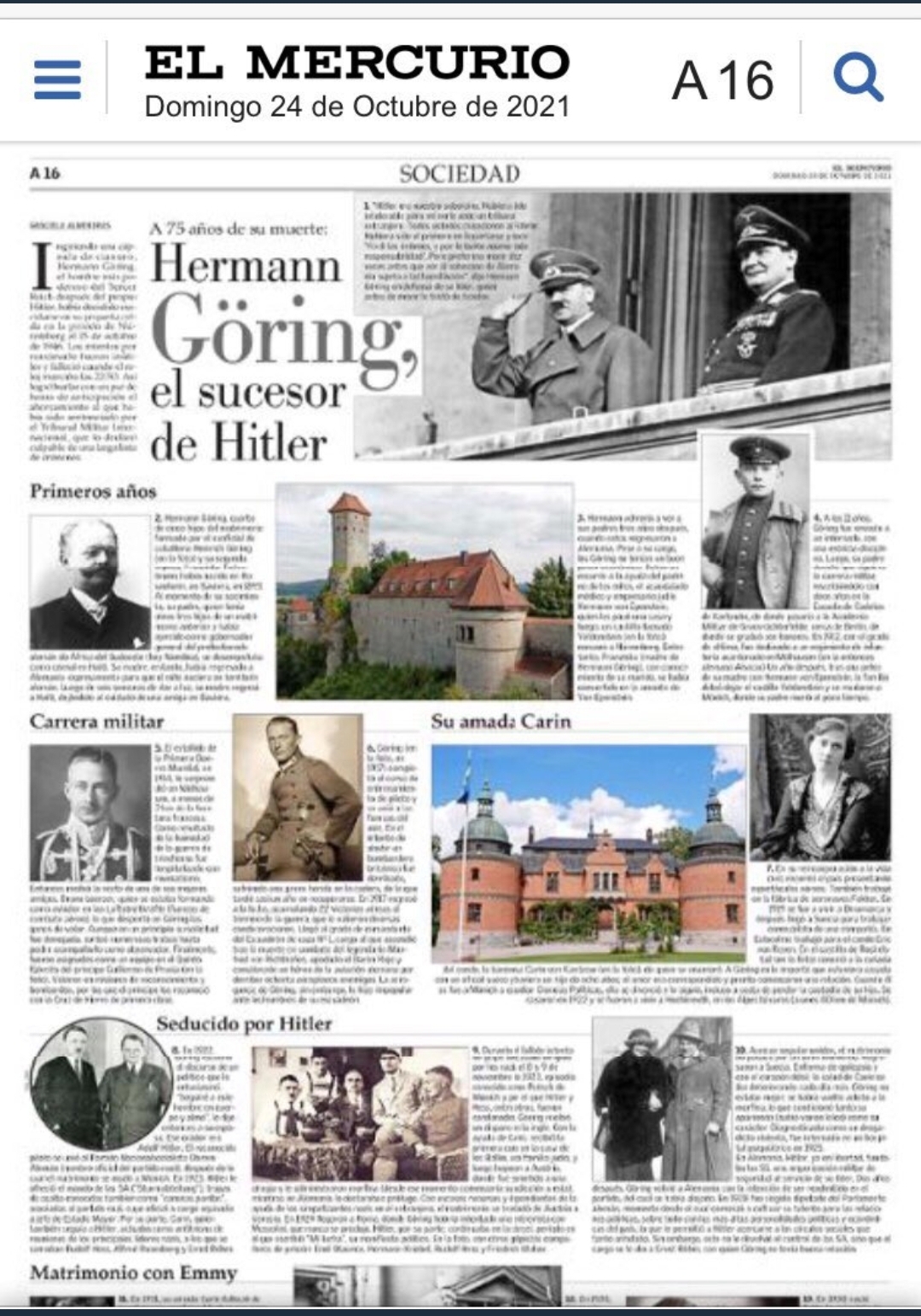 The Wiesenthal Center Latin American office joined ther outrage, declaring, “We reject the El Mercurio feature on the figure of Göring. How much longer will we have to wait for Chile to seriously legislate to prevent hate speech?"

“Our Centre repeatedly draws attention to the active presence of hatemongers in Chilean political discourse. This is not the first such occasion in the case of El Mercurio... Chile's systematic refusal to legislate against incitement is serving extremism and sadly endangering the country's long democratic history,” stated Dr. Shimon Samuels, SWC Director for International Relations.

Dr. Ariel Gelblung, Director for Latin America, concluded: “Three weeks before the general elections in Chile, in a climate of extremely high polarity between political extremes, publishing a Göring eulogy does not contribute to moderate the discourse, quite the contrary. Unfortunately, the only focal point of the opposing extremes is in the anti-Semitic legislative agenda promoted by the Palestinian Federation of Chile, and the votes that said community would add to the candidates. A deep concern."